Catch Day 4 highlights and cricket scores of the second Test between South Africa and India at the Wanderers, Johannesburg. South Africa won by seven wickets to level series 1-1. 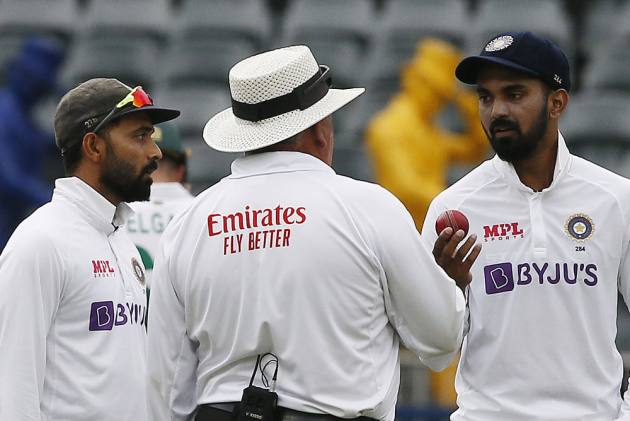 India, chasing their maiden Test series in South Africa, entered the second match at the Wanderers as favourites, and dominated the majority of the sessions, but ended up losing by seven wickets. And thus the visitors tasted their first defeat in Johannesburg. On Day 4, play resumed at 7:15 PM IST after rain wiped out two sessions. South Africa needed 122 runs, while India needed eight wickets. Skipper Dean Elgar and Rassie van der Dussen (40 off 92) added 82 runs for the third wicket in 160 balls to all but deflate the visitors.

Mohammed Shami got a breakthrough, but that was not enough as the Proteas kept calm on a rain-affected day with Elgar stitching another half-century stand with Temba Bavuma (23 off 45). It took less than the 34 overs marked for the day's play for the hosts to complete the task (27.4 overs). And the star of the chase was Elgar (60 not out off 188), who played a captain's knock. For the record, 240 is South Africa's third-highest fourth-innings successful chase at home. This was India's sixth Test match at the venue (2 wins, three draws and one defeat). The match will be remembered for Shardul Thakur's seven-wicket haul and also Virat Kohli's absence due to a back spasm. In his stead, KL Rahul led the side. The series finale at Newlands, Cape Town starts January 11. Catch highlights of SA vs IND, second Test:

Dean Elgar hits the winning runs, a four, off Ravi Ashwin. A seven-wicket win to level the series. He remains unbeaten on 96 off 188.

Shardul Thakur is frustrated. Temba Bavuma pulls out at the last moment and some expletives from the Indian bowler. Wry smile for the umpire as he calms Thakur down. And Mohammed Siraj continues his chat with Dean Elgar. Bavuma pulls out for the second time. He then latches onto a bouncer and a four to square leg boundary. A hit away. A couple more. South Africa need three runs. SA - 237/3 (67)

Mohammed Siraj with his 6th over and Dean Elgar hits him for back-to-back fours, to mid-on and to third man. Then, five wides, third today. Bouncer, bouncer... one for the over! Elgar guides the fourth over the cordon for another four. And fifty-run stand in 65 balls. Siraj says something to Elgar. 18 from the over. South Africa need 11 runs. Elgar on 89. SA - 229/3 (65)

Mohammed Shami is off the field. He's seen tending to his bowling shoulder.

Shardul Thakur with his 15th over. Temba Bavuma takes a couple off the first ball. India running out of time here. South Africa need 46 runs. SA - 194/3 (61)

Mohammed Shami continues, his 15th over. Dean Elgar flashes hard on the third and flies over the second slip for a four. In the previous over, Shardul Thakur conceded a single. South Africa need 60 runs. SA - 180/3 (56)

Shardul Thakur on. Half chance. Rassie van der Dussen gets lucky. Beats the cordon for a four. No gully. And an awkward bounce. Rassie then stands tall and plays a delicate back foot drive for a four. South Africa need 68 runs. 54 in 11 overs today. Proteas are on top. SA - 172/2 (51)

5:57 PM IST: Rain has stopped and super sopper is in action. Covers are coming off.

"If you are vaccinated, you can play in the Australian Open and everywhere, and the world in my opinion has been suffering enough to not follow the rules," Nadal said. Read more...

2:32 PM IST: It's still raining. Not heavy but more than enough to keep everyone indoors. One hour's play is lost.

2:13 PM IST: Here's more on the Indian squad for the Women's World Cup -- who are Renuka Singh, Meghna Singh and Yastika Bhatia -- a brief profile?

1:41 PM IST: Mithali Raj will lead a 15-member India squad in the ICC Women’s World Cup. The same squad will play a five-match ODI series against New Zealand as a preparation for the mega event.

This has largely been a bowlers' Test match and if the way bowlers on either side have performed, Day 4 is perfectly set up. South African captain Dean Elgar will be the home team's main man. He has shown tremendous fighting spirit and taken a few body blows.

While India will look for a couple of quick breakthroughs, South Africa will hope that their batsmen apply themselves on a wearing Wanderers pitch and keep the scoreboard ticking against a formidable Indian pace attack and a vastly experienced spinner, Ravichandran Ashwin.

The Wanderers Test has swung back and forth on Day 3 on Wednesday as India put themselves on the brink of a dominant, series-clinching position in their second innings at 155 for 2, only to falter and lose their last eight wickets for 110 runs.

Cheteshwar Pujara and Ajinkya Rahane scored timely fifties but that advantage was somewhat lost as the lower order failed. India were ultimately bowled out for 266, giving South Africa a sight at victory and a chance to send the series to a deciding Test in Cape Town next week.