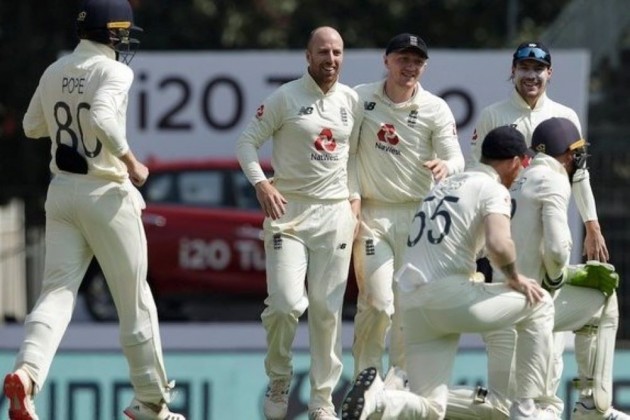 India lost opener Rohit Sharma early while chasing a daunting 420-run target, ending day four of the first Test against England at 39 for 1 in Chennai on Monday. Shubman Gill and Cheteshwar Pujara were in the middle on 15 and 12 respectively when stumps were drawn. The hosts need another 381 runs for an improbable win on day five. India batted for 13 overs in the final session after England were all out for 178 in the second innings. Rohit was dismissed cheaply for the second time in the game with left-arm spinner Jack Leach getting through his defence with a beauty. The visitors found the going tough in their second essay after bowling out India for 337 in their first innings to take a 241-run lead. If India manage to chase the target, it will be the highest ever successful run chase in Test history. The previous best is 418. Off-spinner Ravichandran Ashwin, who dismissed opener Rory Burns earlier in the day, snared Dominic Sibley (16), Ben Stokes (7), Dom Bess (25) and Jofra Archer (5) to complete his 28th five-wicket haul. He also got rid of James Anderson to end the England innings. Ishant Sharma became the sixth Indian and third pacer from the country to take 300 wickets in Test cricket when he dismissed Dan Lawrence (18).

Catch the highlights of Day 4 of India vs England 1st Test match here: