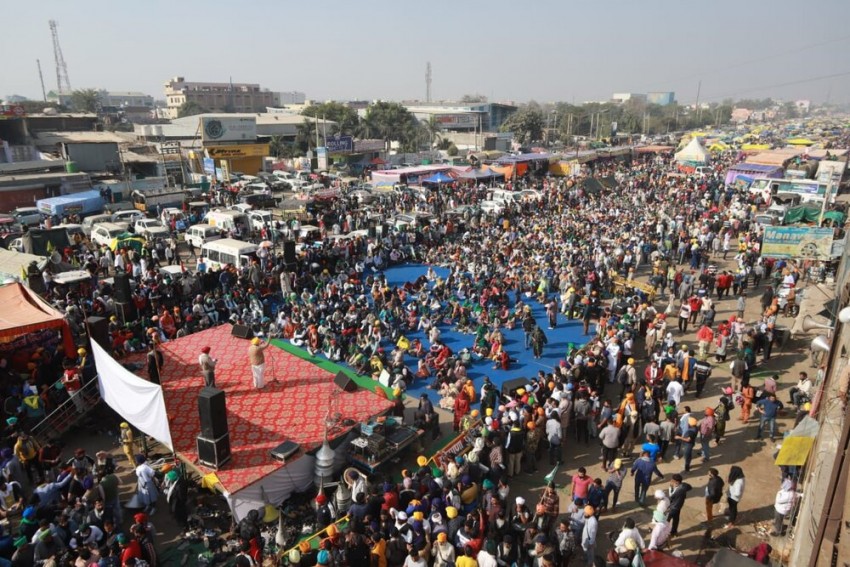 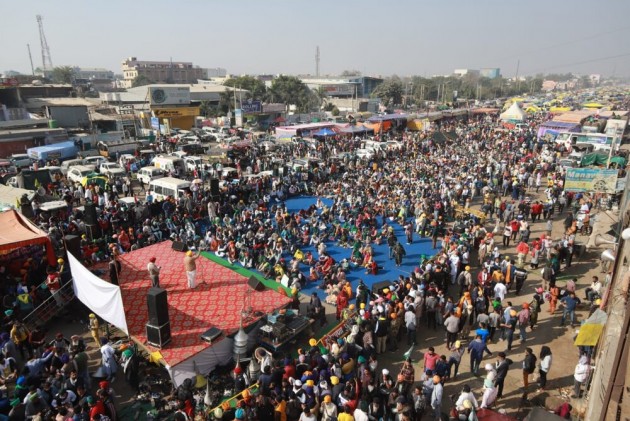 Shops and commercial establishments have been shut as public transport services were disrupted in many parts of the country in response to the Bharat Bandh call issued by farmers demanding a repeal of the new Agri laws. The bandh was largely peaceful.

However, emergency services were exempted and banks, too, continued operations as the pan-India shutdown, backed by most Opposition parties and many trade unions, came into effect with the maximum impact being witnessed in states such as Punjab, Haryana and Delhi.

While the final round of talks between the government and agitated farmers are going to be held tomorrow, farmers are ready to prolong their struggle till the three laws are rolled back.

Kavita Kuruganti, convener of Alliance for Sustainable And Holistic Agriculture said, "Tomorrow will be the last opportunity for the Narendra Modi government to redeem their respect especially among farmers by accepting their demands." She added that in case govt fails to accept the demands, the farm leaders will tomorrow discuss the further course of action. But one thing that this agitation has done is that it has brought farmers across the country together, though all may not have managed to reach Delhi.

Earlier today, printed literature in various languages including in Hindi, Punjabi and Tamil was circulated at the various protest sites in Delhi.

The well-organised farm agitation managed to keep itself aloof from political intervention since November 26 when the protesters were stopped from entering Delhi. No political party leader has been allowed to address a rally ensuring that the agitation is not embroiled into a political colour.

While the state government have not had directly supported the protests, they are still providing the necessary infrastructure to the farmers to carry out their stir. The Delhi government installed toilets with the message—‘Guests from Punjab are welcome in Delhi’, while the Haryana government through its Sonipat Nagar Palika is ensuring facilities for the clearance of garbage at protest sites.

The national capital has been at the epicentre of the protests. The Inter-State Bus Terminal (ISBT) at Kashmere Gate has been shut since morning.

Farmers from different parts of the country including from Punjab, Haryana and Uttar Pradesh have been camping at the Delhi-Haryana border for the past few days. Many farmers leaders from Tamil Nadu were arrested earlier in the day at the Delhi airport.

The protesters expressed their displeasure and anger not just at the Centre but also at various national media organisations for failing the farmers.

"The media has been playing in the hands of government and they have failed the farmers. They don't understand our problems and manipulate news based on what the government says, Ranjit Singh a farmer from Bhatinda said.

Meanwhile, many farmers from Madhya Pradesh have to the Delhi border to support the agitation and will be in Delhi till the issue is resolved.

The strike which was initially called to protest against Farmers (Empowerment and Protection) Agreement of Price Assurance and Farm Services Act, 2020, the Farmers Produce Trade and Commerce (Promotion and Facilitation) Act, 2020, and The Essential Commodities (Amendment) Act 2020, had now been extended to the Power Bill 2020.

The protest was given nationwide coverage by foreign media including Al Jazeera, BBC and Canadian and US Punjabi News websites. On the ground, young farmers were doing interviews and Facebook Lives to keep families and NRIs updated. That's not all, a lot of foreign NGOs stalls were put up who were giving medical aid. To keep Covid check, the farmers were being distributed Vitamin C tablets and other immunity-boosting medicines.

When journalists were approaching farmers, the first question they were asking about which organisation you represent. The "Godi" media was not seen at all inside the premises.

Farmer leaders managing the dais have constantly been announcing names of all people who donated to the cause, in an attempt to maintain transparency. The donor's list includes NRIs, religious organisation, individuals including government employees and others.