The Bangalore connection urgently highlights the flawed manner in which Islamist terrorism is perceived and projected by the national leadership, and the counter-productive tyranny of political correctness and undercurrent of apologetics that domina 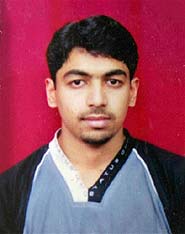 The involvement of some Indian doctors and engineers - conclusive evidence in two cases is yet to be disclosed, but there now seems little doubt that one of the perpetrators of the attack on Glasgow Airport, Kafeel Ahmed, is an Indian engineer - has once again dramatically exposed the infirmities of India's orientation towards Islamist terrorism, the manner in which it is perceived and projected by the national leadership, and the counter-productive tyranny of political correctness and undercurrent of apologetics that dominates most approaches.

Tremendous political and emotional capital had long been invested in the asinine argument that there was something radically different about Indian Muslims that had prevented their engagement in any act of international terrorism. The truth, on the other hand, is that a number of Indian Muslims have long been mobilised and engaged in acts of terrorism on Indian soil - consequently there was no inflexible psychological barrier against their engagement in acts of terror per se - and it was only a matter of time before some of these individuals did, in fact, find the context and opportunity for participation in an act of terrorism abroad. This has now come to pass, and needs to be confronted directly, and not in the defensive and often evasive manner that is largely evident in prominent Indian statements after the disclosures regarding the involvement of Indians in the UK attacks.

By now it should be unnecessary - but regrettably is not - to state that none of this reflects in any manner on the larger Muslim community in India. The engagement of a handful of deviants in acts of terrorism cannot undermine the fact that an Indian Muslim population of 150 million has overwhelmingly rejected the Islamist radicalism and terror that has actively and aggressively been promoted by Pakistan on Indian soil for decades.

Nevertheless, we should recognise that Islamist terrorism is, and has for some time now been, a reality in India, and it is no use saying 'don't label Indians'. Indians have engaged in these actions and this reality must be confronted if we are to understand - and eventually neutralise - the dynamics that underlie these acts of terrorism. We should accept, equally, that a significant element within the Indian diaspora has long supported and funded terrorism in India and has been closely linked with Islamist extremist ideologies, and some elements within this diaspora have now planned and executed acts of terrorism abroad as well. These are elements that should have been under strong surveillance for a long time, and at least some acts of terrorism could be prevented by effective monitoring. Intelligence inputs are of critical significance in counter-terrorism, and the orientation of intelligence services is, in this sense, crucial. If a political culture of obfuscation and denial dominates the orientation of intelligence and enforcement agencies, we will repeatedly be caught off guard.

Even today, nearly 12 years after my retirement from the police, I continue to get information through private channels and well-wishers abroad on the activities of various radical and terrorist groups, particularly in Europe, the US and Canada. If private individuals have such information of subversive and extremist activities, intelligence and enforcement agencies cannot be unaware of them. But they are inhibited in their actions precisely by the political injunctions against 'labelling' or 'causing offence' to 'a community'. But the fact is that Islamist terrorism is squarely rooted in radical Muslim populations and institutions - just as Khalistani terrorism was rooted in radical Sikh populations and institutions. This is something that must be recognised and addressed, instead of pampering or offering a constant apologia for the 'larger community'. Such an orientation undermines counter-terrorism responses everywhere. There is a constant fear of 'offending' a 'particular community', and this cannot and must not be the basis of response to specific acts of subversion or terror.

Take the case of Mohammed Afzal's death penalty in the Parliament Attack case. The man has been found guilty and sentenced to death. A clear message needs to be sent out that such acts of terrorism will meet with no clemency. As Prime Minister Manmohan Singh has said in another context, "There can be no political compromise with terror. No inch conceded. No compassion shown." Yet, there is a clear policy of indecision and delay in this case. Indeed, in December 2006, in an obvious effort of obfuscation and justification of delay, Home Minister Shivraj Patil stated in Parliament: "Statistics of the past 10 years reveal that on an average it takes seven years to decide upon a mercy petition. The law will take its own course." This is arrant nonsense. These decisions take so long, not because of procedural or legal requirements, but because of policies of deliberate procrastination and sheer neglect.

The underlying concern in the Afzal case appears to be the appeasement of the 'Muslim community'. But in thinking that Indian Muslims would be 'appeased' by clemency to the likes of Mohammed Afzal, advocates of such a policy do grave injustice to, and deeply insult, this larger community. Mr Manmohan Singh has noted, "A terrorist is a terrorist and he has no religion or community." But the actions, statements and orientation of his government put such a perspective continuously in doubt.

There is an urgent need to look closely at the dynamics, the patterns, the networks and the processes of Islamist terrorist mobilisation wherever they occur, without the imposed inhibitions of political correctness and appeasement of particular communities. Many acts of terrorism could be neutralised long before they occur if action is taken at the right time against the processes of subversion, and the organisations engaged in radicalisation.

It is not enough to lose sleep over the trauma and predicament of the families of terrorists. The crisis of belief and education in this country, and across the world, should far more be a matter of national and international concern. If educated men are able to misread history in such a manner and to engage in acts of terrorism to vicariously punish nations and communities, this is a terrible slur on our educational system.

It is also necessary to pay close attention to our youth in India and the diaspora, to see that they do not lose contact with civil society, and are not drawn into the dark and conspiratorial world of organisations drawn from 'Osama territory' - radicalised Arab and Pakistani elements. All this demands intellectual clarity, and not the patterns of justification and apologetics that have dominated the perspectives of India's feeble intelligentsia.


K.P.S.Gill is former director-general of police, Punjab. He is also Publisher, SAIR and President, Institute for Conflict Management. This article was first published in The Pioneer.