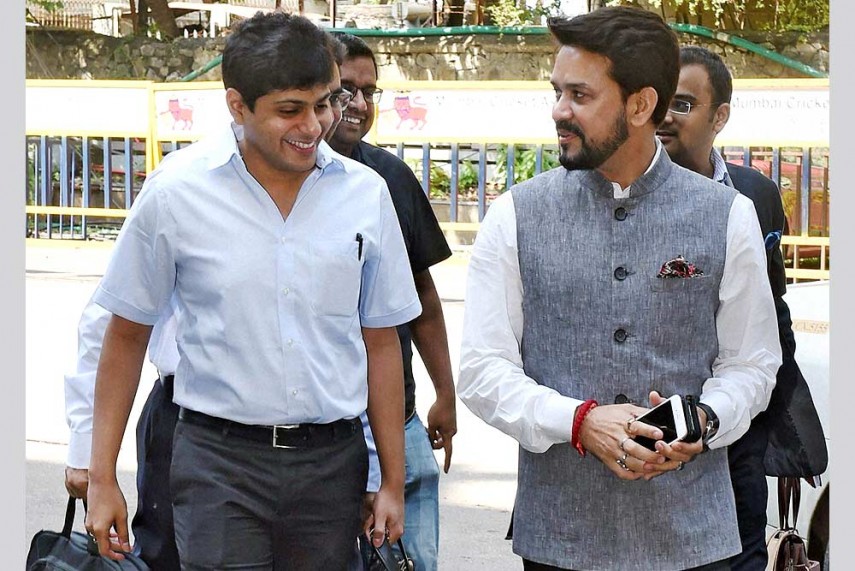 The Supreme Court-appointed Lodha Committee on Monday warned the BCCI that it could not distribute any enhanced subsidy money to its affiliates, reminding it about the bar on taking decisions regarding the future apart.

The BCCI, at an emergent working committee meeting on September 30, reportedly enhanced the infrastructure subsidy by Rs. 10 crore, meant for its affiliated state associations and taking the maximum subsidy amount to Rs 70 crore. An association can get from the BCCI 50 per cent reimbursement of the money spent on raising cricket infrastructure, like stadiums, or a maximum of Rs 70 crore.

Interestingly, this working committee was convened in a highly dramatic manner, after the special general body meeting, called to discuss the Lodha Committee recommendations and the first deadline of September 30, was adjourned for want of proper authorisation letters of the members attending the SGM.
The SGM was finally held on October 1, a day after the first Lodha Committee deadline lapsed. But the BCCI refused to accept all recommendations of the committee.

“It is most likely that the SGM was adjourned as per a well devised plan, which could have included enhancing the infrastructure subsidy for the BCCI’s affiliated associations at the working committee meeting. This move smells of a quid pro quo between the Board and its affiliates, who knows,” a source told Outlook.

The Supreme Court-appointed Lodha Committee sent an email to the BCCI’s top officials as well the banks through which the Board was to transfer the amount to its affiliates, reminding all of them about the committee’s bar on the Board from taking decisions regarding the future.

“It has come to the notice of this committee that certain decisions have been taken at the ‘Emergent Working Committee’ meeting of the BCCI on 30th September 2016 to disburse large funds to the various member associations. You are aware that by way of this Committee’s direction dated 31.8.2016, no further decisions were to be taken regarding the future apart from routine matters. The disbursement of these amounts are not routine, and in any case, not emergent,” said the Lodha Committee in the email, which was uploaded on its website.

“You are also aware that the BCCI has chosen to breach the judgment of the Hon’ble Supreme Court as well as the first set of Timelines set out by this Committee which includes the Fund Disbursement policy to be framed by 30.9.2016,” the mail said.

“As the status report is to be taken up for directions by the Hon’ble Court on Thursday, 6.10.2016, you are hereby directed not to take any steps towards financial disbursement of the amounts as resolved/approved after the direction dated 31.8.2016. Any violation of this direction will be placed before the Hon’ble Supreme Court for appropriate directions.”

The committee reminded the BCCI and the banks of the Supreme Court judgment of July 18 that states: “Needless to say that the BCCI and all concerned shall cooperate and act in aid of the Committee and its directives.”

The Lodha Committee has marked the email to the BCCI president, secretary, treasurer and the CEO.