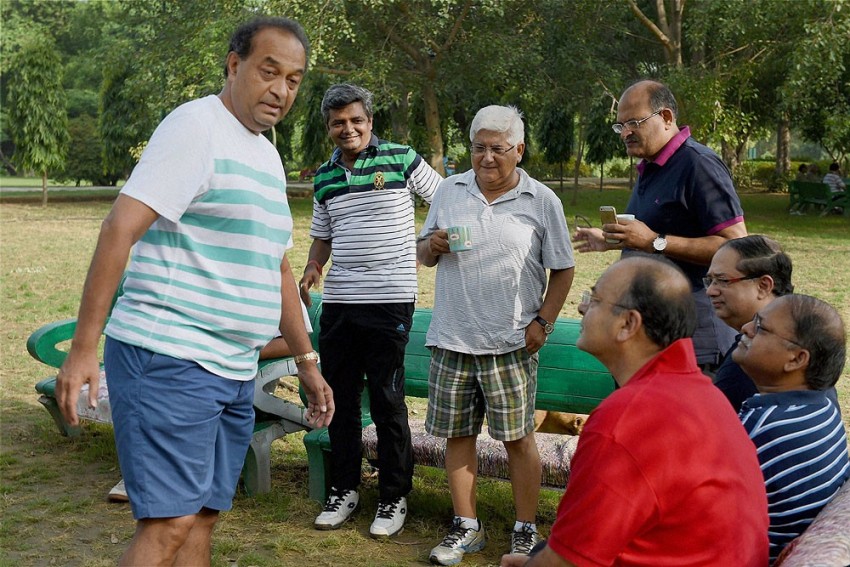 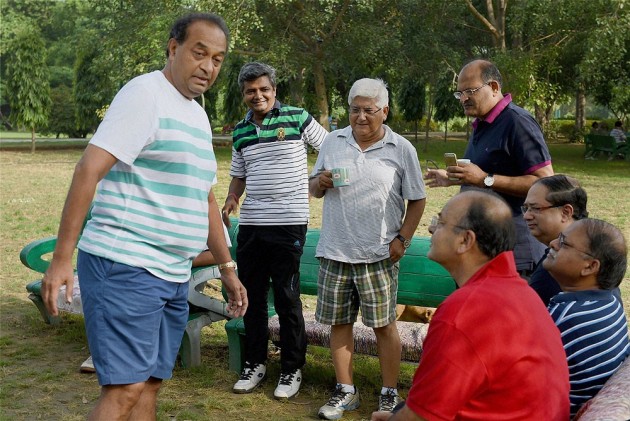 The cosy Lodhi Garden' club of Delhi's powerful lawyers, including the Attorney General and Solicitor General of India, has jogged itself into some serious trouble this week questioning finance minister Arun Jaitley's choice of government counsel from among his friend circle.

Meanwhile, Solicitor General Ranjit Kumar has been stumbling around uncertainly in the Kohinoor diamond issue. He appeared on behalf of the Ministry of External Affairs in a public interest petition that demanded that the precious stone be "brought back 'home'.

Both the lawyers are part of Jaitley's inner circle of senior advocates which he led during their morning walk in Lodhi Gardens – in the heart of Lutyens' Delhi. After the walk, Jaitley and his crew would sit on the same set of three benches under a tree each day. Jaitley sat on the central bench of the durbar with the others milling around him. Since his induction into the cabinet, Jaitley has taken to completing his morning exercise at home. The panchayat is now headed by Rohatgi and, in his absence, Ranjit Kumar often takes over leadership of the pack.

Voices within the BJP have raised doubts about the two senior lawyers' abilities. Subramaniam Swamy posted on twitter, "Time to get a new AG and SG for the BJP government" and "With a new AG and SG, we can win the Uttarakhand case. We had kept these two out of Uttarakhand and won."

The sentiment has found popularity within a section of BJP-loyal lawyers. A few weeks ago, while the matter was being heard, the Congress had anticipated that the BJP government at the Centre could withdraw President's Rule and swear in a BJP-led government centre in the state. Rohatgi had given a verbal undertaking in court that the government wouldn't change the status quo.

On Wednesday, as per those who were in court, Abhishek Manu Singhvi filed an application with the court raising the same fear since the court would be on a short break. The Uttarakhand chief justice had reserved the order and was banking on Rohatgi's earlier assurance. Rohatgi wasn't in court but Additional Solicitor General Tushar Mehta was and he said that the earlier undertaking had been limited to the Ram Navami break.

On Thursday, Rohatgi said the same thing after seeking instructions and it didn't sit well with the court. Instead of reserving the judgment as he had earlier indicated, the HC bench led by the Uttarakhand chief justice pronounced the judgment in open court on the merits of the case. The decision was based on the Uttarakhand Governor's decision to allow for a floor test, which the Congress is likely to win. The bench had also questioned how the Centre could anticipate that 35 MLAs would vote in favour of the BJP.

Notably, the Uttarakhand High Court took two weeks to decide the case while the apex court reserved the judgment two months ago and its decision is still awaited.

In the Kohinoor diamond case, a private petition has asked the Supreme Court to intervene and direct the government to bring the jewel back to India. Solicitor General Ranjit Kumar appeared for the government and said on Monday that it would be difficult to do so for the government because the diamond "…wasn't stolen or forcibly taken". While several comments have reiterated this view, it seemed to be outside the BJP's line especially since many pointed out that this was the view taken by former Prime Minister Jawaharlal Nehru.

It is believed that Prime Minister Narendra Modi found the comments to be at cross purposes with his government's efforts. On Tuesday, the Centre released a statement explaining that Kumar was acting without the instructions of the government, creating an embarrassment for the senior lawyer.

Commentators sprung to Kumar's defence and pushed cogent comments against the apex court's comments explaining why bringing the Kohinoor should not be a foreign affairs priority for the government. The damage had already been done.