"The situation will stabilise once demand normalises... Supply of currency will also reduce. So it is function of demand and supply." 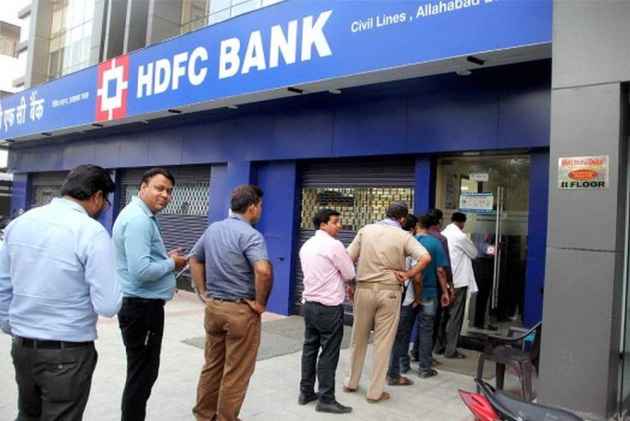 The delay in recalibration of cash vending machines to dispense Rs 200 notes is understood to be one of the reasons for the currency shortage in some parts of the country.

Following the introduction of Rs 200 notes by the RBI, it was decided that recalibration of ATMs (automated teller machines) for new notes would be done at a faster pace, sources said, adding the drive was soon started but got delayed in some parts of the country.

The RBI said shortage "may be felt" in some pockets largely due to logistical issues of replenishing ATMs frequently and the recalibration of ATMs being still underway.

Meanwhile, the printing of Rs 2,000 notes has also been halted for a past few days.

"What was required we have printed and put it in the system. Besides lower denomination currency notes are in over-supply," he added.

"Daily ATM transaction volume is now at par or greater than pre-demonetisation period. Amount withdrawn per ATM has also been on the rise. To facilitate currency velocity, recalibration of ATMs to dispense Rs 200 denomination (notes)is progressing rapidly," Sinha said.

"The situation will stabilise once demand normalises... Supply of currency will also reduce. So it is function of demand and supply," he said.

On being asked if polls in some states are the reason for the shortage, Garg said elections are only happening in Karnataka and but this is beyond that state.

He further said some of the ATMs may have some problem, but these are temporary phenomena.

"On a given day, one per cent of the ATMs are usually out of order. And it could be a local management issue not a countrywide phenomena," he added.