The place made famous in the Swinging Sixties by the likes of the Beatles, Muhammad Ali, Tom Jones and Dusty Springfield is back after 35 years. 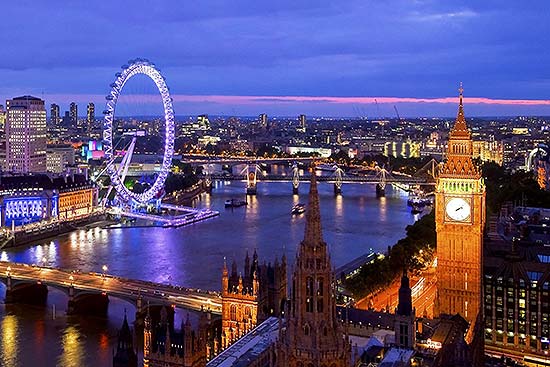 Some enterprising people have found a new way to revive historic British maritime and trade ties with India. The result is a first-of-its-kind Indian Spice Garden by the Thames. It’s a pop up restaurant that owes its origins to the popular Indian restaurant Carom of Soho which had a fire in its premises in May and had to shut down for renovations. Pop-ups is an ideal way to stay alive in the minds of diners. After a successful run at the famous Madison Bar & Restaurant in the City, it will spend the summer with Butlers Wharf Chop House. The wharf with its beautiful view of the Tower Bridge and the river had seen a lot of trade during the times of the East India Company. Now, till September, in partnership with Butlers Wharf Chop House, the Indian Spice Garden adds fragrant outdoor spice plants and sleek colonial style decor, with Indian spiced cocktails and Carom’s signature dishes, mostly South-Indian cuisine. But given the way the British summer is going this year with unsparing rain, it could come in the way of enjoying the quayside deck while sipping Indian spiced cocktails and taking in the beautiful views.

I mostly avoid going to Knightsbridge during summer, but this year I decided to check out the Harrods Sale, which has, over the past some years lost its iconic reputation of being one of the best sales in London. But even if the sale had retained its reputation, the new annual summer ritual of revving engines, horns or loud music piercing through the ears, would put off most people. Come July, and a deluge of Arab-owned Lambhorginis, Rolls Royces and Ferraris---some made of gold and others studded with diamonds---take over the streets of the poshest areas of London. Now, the Kensington and Chelsea Council has decided to crack down on these rich boy racers, who come here following the end of Ramadan to escape the heat of the summer, to make a scene outside stores like Harrods with their flashy cars. Drivers will now get into trouble if drivers the car engines running, blaring the horns or driving in a convoy.

These rich Qataris, Saudis, Emiratis and Kuwaitis bring their souped-up vehicles, parking them most of the time outside luxury shops, five-star hotels and other exclusive streets around Knightsbridge, causing a nuisance for the residents. The council is now seeking a Public Spaces Protection Order (PSPO) for large parts of the area around Harrods department store. The new powers are available under the Anti-Social Behaviour, Crime and Policing Act 2014.  Those who breach it could be fined, prosecuted or have their cars being seized by police and impounded. Let’s hope the law is enacted sooner than later!

A dinner in the sky

The place made famous in the Swinging Sixties by the likes of the Beatles, Muhammad Ali, Tom Jones and Dusty Springfield is back after 35 years. The iconic BT Tower’s revolving restaurant has opened again for a dinner in the sky. Some 1,400 people have been chosen by ballot who can enjoy either a four-course lunch for £49.95 or a seven-course dinner for £67.95, at this 34th floor restaurant atop the 180-metre tower. The set menu includes roasted hake, cauliflower veloute and lemon posset. The revolving restaurant which completes a circuit in 22 minutes is open for only two weeks to celebrate 50 years of the tower. After the restaurant was closed in 1980 it has only been used for select corporate events. People who know, say the restaurant boasts of a one-of-a-kind view of London. Prince Harry (pictured) sent his first tweet from the 34th-floor in May 2014.

In fact recently a 360-degree photograph taken from the roof has entered the record books as the world’s biggest panoramic image. At its peak in the 1960s, 4,000 visitors a day went up the tower, with nearly one million visitors riding the elevators in the first year alone. Some 105,000 of those visitors dined in the revolving restaurant, which served up 800 lunches and 1,300 dinners every day. In those days a trip to the tower – which has since featured in several films and TV programme Doctor Who – cost just four shillings (about 20p), and a ticket was half price for children. In 1971 it was attacked by the IRA which detonated a bomb in the men’s toilets, but no was injured. The restaurant closed its doors to the public in 1980, when the lease ran out, and BT bosses decided it was no longer possible to allow public access. As one of the capital’s iconic structures, it has featured in a number of public ceremonies, the most recent being London’s 2012 Olympic Games.  As part of the 50th anniversary events, BT is also organising another ballot in September where 2,500 lucky people can enjoy a free 30-minute visit to the 34th floor, to enjoy the sweeping vistas from the top of the Tower. I could get lucky then!