Most of the top 10 newspaper advertisers in the UK have shrunk their budgets creating serious challenges for the print media. 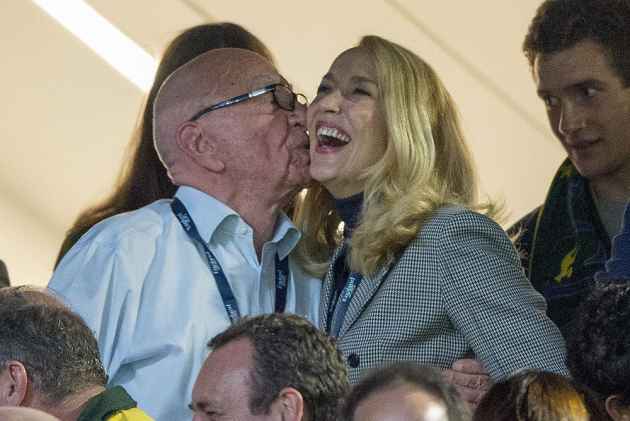 The Mogul and the Media

The irony was inescapable. 30 years after he sacked dozens of journalists and 6,000 striking print workers, and moved his print empire to Wapping, virtually destroying Fleet Street, Rupert Murdoch returned to the same street for his wedding with Jerry Hall. The wedding may have been front page news but it comes at a time when the print media is going through very unsure times due to dwindling advertisements. One recent casualty has been The Independent which stopped publication and switched to a digital-only format but even that is a gamble. Not long ago, Mail Online, the world’s biggest website owned by the Daily Mail and General Trust (DGMT), suffered a £7m loss in digital ad revenues. Most of the top 10 newspaper advertisers in the UK have shrunk their budgets creating serious challenges for the print media. Despite the dire signs, some have shown the courage to launch a new print newspaper – The New Day – from Trinity Mirror. It has attempted to be different from other newspapers in content, paper quality and pictures but whether it can succeed is open to question. It was free for the first day, then charged 25p for the first few weeks and will eventually cost 50p. Britain already has free newspapers like Metro and Evening Standard so whether the print media will see a New Day is yet to be seen.

Will the real Banksy show himself?

The world’s most elusive artist, Banksy, has kept his identity a mystery for years. The popular graffiti artist who launched himself in street art 25 years ago has been playing hide-and-seek with his fans, though his works sell for up to £500,000 each. About eight years ago a national newspaper claimed Banksy was actually a former public schoolboy Robin Gunningham and had published his photo while at work, but Banksy’s representatives denied the claim. Now, researchers at Queen Mary University in London, have backed the claim and said Gunningham is ‘the only serious suspect’. They have used ‘geographic profiling’, a technique known to be used for tracking criminals or outbreak of disease. They have plotted the locations of 192 of Banksy’s artworks. In their research they found sites that indicated ‘hot spots’ which led them to pinpoint Gunningham, as the peaks within these clusters were found to be connected to a pub, fields and residential addresses linked to him. It is believed that Banksy’s representatives have once again questioned the publication of this latest research. The search goes on.

Employer of the Year

Diners at the Grenache restaurant in Worsley refused to be served by waiter Andy Foster, even though his service was without fault. The reason? He is autistic. The owners of the restaurant Mike Jennings and his partner Karen Deveney, had hired Foster a month ago. When Jennings intervened, he was asked why he employed Foster in a restaurant like his. Shocked by their behavior Jennings took to the restaurant’s site on Facebook, asking anyone with a similar discriminatory attitude not to book a table. The owners felt they needed to take a stand, as they found the incident knocked Foster’s confidence. Foster is also a registered care giver for his mother who suffers from Alzheimers, so he has to juggle work and his care giving job, despite his own issues. The incident has garnered great kudos for his employers.

Days of automation on the horizon

The days of driverless cars seem to be on the horizon. Next year, 'platoons' of driverless Lorries will be tested on an undisclosed part of the M6. As many as 10 computer-operated driverless Heavy Goods Vehicles (HGV’s) will be electronically linked together for safety reasons, with the lead vehicle setting the pace and direction for the ones behind, and thereby freeing up more space on the motorway. The Chancellor George Osborne is also exploring other wireless technological developments which will help road users but new research has thrown up some interesting questions. The Institution of Engineering and Technology’s research showed human drivers change their behaviour when using the same roads as automated cars, aping their style of driving by leaving less space between vehicles, but unlike the autonomous cars human-driven ones are less able to react as swiftly. It still seems to be unchartered territory and is expected to throw up further debates. The entire concept sounds unnerving to most drivers but imagine running such a test on the Delhi-Jaipur Highway? That, for the moment, would be unimaginable.

Scottish tourism is all set to woo India as it preps itself as an ‘India Ready’ destination. Scotland, for a while now, has been trying to position itself as a separate identity not merely as part of the UK, clearly in anticipation of another referendum. VisitScotland representatives have met key Indian tourism figures and an India market seminar is also planned for VisitScotland Expo, next month. As part of it soft marketing approach, several events have been organized to explore and promote India as a key market for Scottish tourism. And when it comes to tourism from India, Bollywood can’t be far. So apart from whiskey and golf, film tourism is a natural key driver, with about 24 Bollywood films having been shot in Scotland. It is also commonplace that Indian tourists love visiting these filmy spots, and there already is a special online map, Bollywood Scotland, produced by VisitScotland last year. The growing spending power of Indians is a perfect attraction, and India is currently the 14th largest international market for expenditure in Scotland. Edinburgh is known to be the third most visited city in the UK for Indian visitors. Clearly, the Scottish government is getting ready for a slice of the Indian pie.