Impulsive terrorism by a few is a counterterrorism challenge 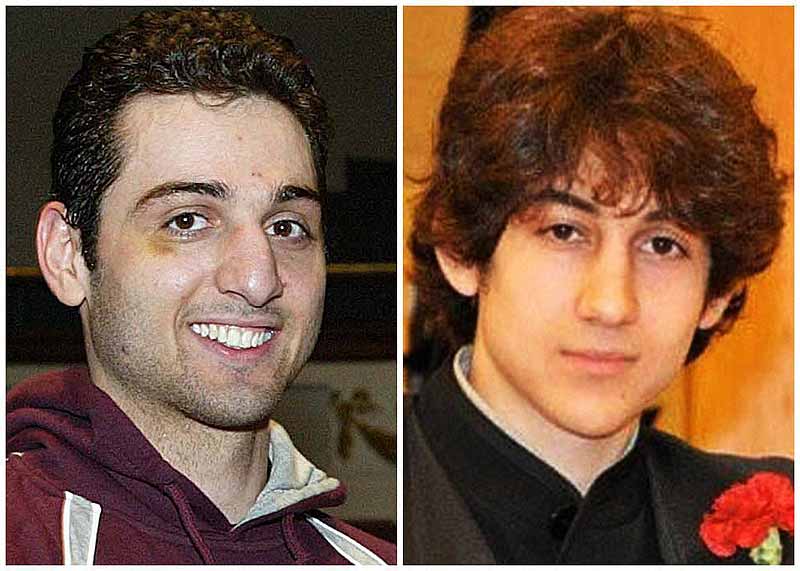 The terrible attack on the Boston Marathon is the most vivid and violent demonstration of terrorism confronting the United States and its allies today. Instead of large, complex plots hatched by organized jihadist terror gangs abroad, the new challenge is homegrown Muslim extremists who use the internet to self-radicalize and learn how to build bombs and create chaos by studying Al Qaeda texts online.

Much remains unknown about the two brothers, Tamerlan and Dzhokhar Tsarnaev, who allegedly built the bombs that exploded near the finish line of the marathon and killed three and wounded more than 200 on April 15. Experience shows that it’s dangerous to draw too many conclusions about a terror plot until the investigation is finished, but a preliminary judgment or two can be made about the Boston case.

The surviving terrorist, Dzhokhar, has reportedly told investigators that he and his brother were not part of an organized terror group like Al Qaeda or a broader conspiracy in the United States and that they decided to attack the marathon only a week or so before the event. They then decided to drive to New York City and carry out another attack in Times Square as a follow-up. The police stopped them before they got out of Boston, killing Tamerlan and capturing Dzhokhar.

The two reportedly learned how to build their bombs from an internet magazine produced by Al Qaeda called Inspire, the brainchild of an American citizen of Yemeni origin, Anwar al Awlaki, killed in a 2011 drone strike in Yemen. They also listened to tapes of Awlaki’s sermons on jihad, available on the internet. The older brother, Tamerlan, travelled to Russia last year, and his activities there remain largely a mystery. He may have had contact with the Chechen jihadist movement which has longstanding ties to Al Qaeda and especially its leader, Ayman al Zawahiri, who travelled there in the 1990s.

Enough is not known so far, but the plot appears to involve radicalized, angry, young Muslim men who found ideological and practical advice on the internet from Al Qaeda, but don’t belong to the organization. Al Qaeda will likely adopt them as “heroes” of the global jihad. They and their evil deed fit perfectly with Al Qaeda’s narrative— urging Muslims around the world to kill Americans, men, women and children since 1998 and glorifying any who do so as a “knight of the prophet,” fighting holy war.

In the last several years Al Qaeda has publicly urged Muslims in America and other western countries to act spontaneously like the Tsarnaev brothers. The Palestinian American Army Major Nidal Malik Hassan who killed 13 of his fellow soldiers at Fort Hood, Texas, in 2009 has since been lauded by Al Qaeda for his actions and has been listed in Inspire as a role model for others. A Pakistani American, Faisal Shahzad, who put a car bomb in Times Square in May 2010 has become an Al Qaeda knight. The French Algerian Mohammed Merah who killed seven in Toulouse, France, in 2012 has also been lauded since as a jihadist star. Hassan and Shahzad have said they were inspired by Awlaki’s sermons and articles to carry out their attacks.

Other homegrown plots have been less successful, but also roughly fit the pattern. An Afghan American Najibullah Zazi and two other Muslim Americans plotted to attack the New York City subway system on the 10th anniversary of the 9/11 attacks, but were arrested before they could strike. They wanted to replicate in New York what other jihadists with Al Qaeda sympathies had done in Madrid in 2003 and London in 2005.

Some of these other plots had more interaction with the Al Qaeda core leadership in Pakistan than what’s been reported so far in the Boston case. Shahzad, Zazi and the European metro bombers all spent some time in Pakistan and received training in explosives.

Small plots like the Boston operation are extremely difficult to uncover and penetrate by the counterterrorism security and intelligence community. The number of plotters is small, and the gestation period from target selection to attack can be very short, probably only a week or so in Boston and maybe only a few hours at Fort Hood. The short window of opportunity makes such conspiracies near impossible to detect.

The radicalization process may take much longer, perhaps in the Boston case more than a year. Russian authorities asked the Federal Bureau of Investigation to check on Tamerlan before he visited Russia in 2012, suggesting they had already detected his anger over the Russian occupation of his ancestral homeland.

But reading jihadist literature is not a crime nor is being angry at the brutal Russian wars against Chechnya. Moscow has a history of atrocious human rights violations in Chechnya under the tsars, commissars and Vladimir Putin. It’s not abnormal for young Chechens studying their history to be radical.

So for the counterterrorist community, the issue is not whether an individual is “radical” or “extremist,” but whether they are violent and breaking the law. It’s likely that the prospective terrorist will hide the transition from radical to violent from all around him. The younger brother in Boston kept attending university classes after the marathon attacks precisely to avoid attracting attention.

Larger foreign-directed plots are much more susceptible to penetration and discovery. The 9/11 plot gestated over at least two years and involved 19 terrorists entering the United States from abroad and living in several locations for months, travelling inside the country and even outside to meet with other conspirators in Spain. The plot was supported by cells in Hamburg, Abu Dhabi, Karachi and the Al Qaeda core leadership in Kandahar. The attacks in 2001 should have been detected, and the failure to do so is rightly an intelligence failure greater than Pearl Harbor.

The largest Al Qaeda plot since 9/11, a plot to simultaneously blow up eight or more jumbo jets en route from London to cities in the United States and Canada to mark the fifth anniversary of 9/11 in 2006, was detected because of its complexity and size. Phil Mudd, then deputy director of the CIA’s Counter Terrorism Center, has said that it was the most dangerous plot against the West ever, more dangerous than 9/11, but built around a simple explosive device that could be smuggled on airplanes in soft drinks. The CIA and MI6 got wind of the plot involving more than a dozen British citizens of Pakistani origin led by a Manchester-born man named Rashid Rauf, the plot’s Al Qaeda mastermind. Like 9/11, there were many places to penetrate the plot and a gestation period of months. It was an intelligence success.

Homegrown terrorism is nothing new in the United States. It goes back to at least John Brown, a bitter opponent to slavery who died in a raid on a federal armoury in Harper’s Ferry, West Virginia, in 1859.Such insurrection is a challenge in a democracy that values civil liberty— and even harder in a country awash in guns. There is no reason for panic, but also no place for complacency. An alert community can be the first line of defense, as happened this spring in Canada when a Muslim cleric alerted the police about a plot to derail trains. The difficult job of counterterrorism has a long future.

Bruce Riedel is the Director of the Intelligence Project at the Brookings Institution His most recent books is Avoiding Armageddon: America, India and Pakistan to the Brink and Back. His Deadly Embrace: Pakistan, America and the Future of the Global Jihad, was released in paperback this year. Rights:Copyright © 2013 Yale Center for the Study of Globalization. YaleGlobal Online