Long Before The Forbes List, Akshay Kumar Was Not A Patch On Vivek Mushran In Bollywood

Harish Shah writes that Akshay wanted his name to appear before Vivek in the credits of Saudagar since one of his films had been released but Vivek’s secretary was not ready to accept it, which forced him to opt out of the movie. 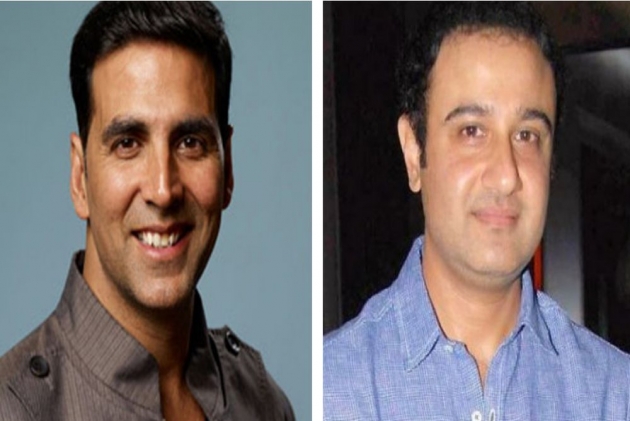 Bollywood superstar Akshay Kumar has made it to the top 10 list of the highest-paid actors in the world with an estimated income of US$40.5 million this year. He has left the Khan triumvirate – Salman, Aamir and Shahrukh – and Amitabh Bachchan behind by grabbing the seventh spot on the list compiled by Forbesmagazine. But there was a time when his stocks were lower than even Vivek Mushran's in the Hindi film industry.

In his initial years as an actor in the early 1990s, Akshay had to walk out of a movie because he was unable to get a higher billing than Vivek in its credits despite his seniority. Akshay had signed a film as a parallel lead, which had a star-studded line-up led by veteran Dilip Kumar and Hema Malini. Vivek had been roped in to play the romantic hero opposite Manisha Koirala in the same movie.

By that time, Akshay’s first film, Saugandh (1992) had already been released while Vivek was still awaiting the release of Subhash Ghai’s Saudagar, his maiden venture. On the basis of seniority, Akshay staked claim to a higher billing than Vivek in the credits but this was not acceptable, which forced him to opt out of the movie. Incidentally, while Saugandh was released on January 25, 1992, Saudagar saw the light of the day on August 9 the same year.

This has been revealed by none other than Harish Shah, who was supposed to produce and direct the film, in his recently released autobiography -- Tryst with Films. In his book, Shah, who was a leading film-maker of his time with movies like Mere Jeevan Saathi (1972), Kaala Sona (1975), Zalzala (1988) and Jaal: The Trap (2003) to his credit, says that another newcomer at the time, Shahrukh Khan. had subsequently agreed to do the role but the movie had to be shelved because Dilip Kumar told him to wait for two years. The veteran actor, who was supposed to play a pivotal role, sought time to concentrate on another movie,Kalinga, which had been offered to him to direct at around the same time.

Harish Shah writes that Akshay wanted his name to appear before Vivek in the credits since one of his films had been released but Vivek’s secretary was not ready to accept it. “I tried to convince him (Akshay) not to make the credits an issue, but he left the film,” writes Shah. “Shahrukh Khan came to my office and was ready to do the film. But then I heard a shocking news that Dilip Saheb wanted to direct a film, Kalinga.”

As fate would have it, Shah’s movie was never made but Akshay and Shahrukh went on to become big stars delivering a string of hits in the years to come. Vivek, however, faded into near-oblivion after a row of flops. He subsequently switched over to television and then to character roles on the big screen. He was last seen playing Kareena Kapoor’s uncle in Veere Di Weddingearlier this year.

Since Vivek was discovered by the reigning showman Subhash Ghai, he was considered the most promising youngster whenSaudagar, co-starring two legends of the Hindi cinema, Dilip Kumar and Raaj Kumar, was in the making. But he failed to live up to the promises, as all his films after Saudagar tanked at the box office.

In this year's Forbes’s list of the highest-paid actors from across the globe, Salman Khan is at the ninth spot, the only Indian star other than Akshay to have figured in the top ten. The list comes close on the heels of the success of Akshay's latest Independence Day release, Gold, a sports movie revolving around the Indian hockey team, which won the gold medal at the 1948 London Olympics.