The final twist is clever, but that’s about all in a film 135 minutes long... 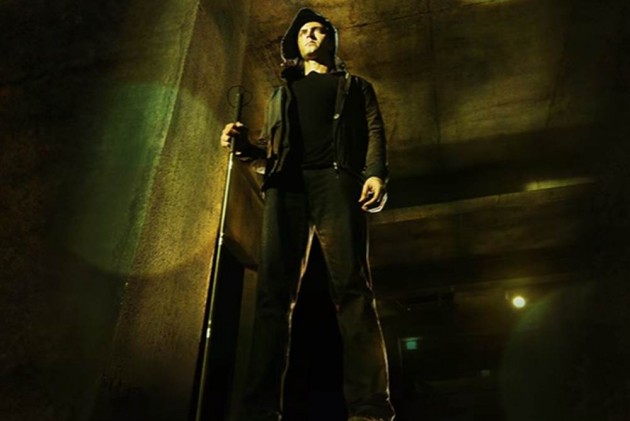 Sanjay Gupta’s filmography is studded with films picked from Hollywood and later Korea and remade with a certain slickness that so many directors manage with the right budget and technical support.

His latest Kaabil  also has the polish required from a film produced by a successful company with a star known to go the extra mile for his roles. It must have been tempting for Hrithik Roshan to play a blind character, who lived dances and fights like the lack of sight is no handicap. (Gupta probably had the 1981 film Blind Fury as reference)

Gupta dispenses with back stories for the visually challenged lead pair --voice artiste Rohan (Hrithik Roshan) and pianist Surpriya (Yami Gautam). They fall love at first meet and what follows is a boring hour as they romance, sing and dance. He could have considerably shortened this part too and cut to the main agenda—Rohan’s Revenge.

Supriya is raped by Amit (Rohit Roy), the brother of the local corporator  Madhavrao Shellar (Ronit Roy), and his friend (for some reason it is specified that Wasim is a Muslim butcher's son). The corrupt cops (Narendra Jha, Girish Kulkarni), far from solving the crime, add to the couple's trauma. Inexplicably, a friend who is otherwise hanging around all the time is nowhere to be seen in the time of crisis.

Supriya, who has earlier uttered the defeatist line “two negatives cannot make a positive” tells Rohan that she is not unworthy of him and in the next she commits suicide. Rohan swears revenge and it's no spoiler to reveal that he achieves it. But for characters going through such unimaginable suffering, there is not a moment of genuine emotion that would move the viewer--everything is so loud and overdone.

There is some curiosity about how Rohan will punish the perpetrators—it is established earlier that he has an overdeveloped sense of smell and hearing, plus the talent for imitating voices. He uses all the means at his disposal to attack the enemy. In a film like this the audience is expected to suspend disbelief, so certain illogical things have to be accepted without question.  The one persistent cop (Narendra Jha), who can’t make up his mind which side he is on, and goes blundering around looking for ‘saboot’ of Rohan’s crimes, ought to be made to binge watch TV’s CID.  The final twist is clever, but that’s about all in a film 135 minutes long.

Hrithik Roshan doing his method acting of a blind man and making the film somewhat watchable, should at least have been given a worthier opponent than a corporator with a bad Marathi accent.