The film, which has been a smash hit for its depiction of a gay high-school teen exploring his sexuality, was scheduled to hit screens in India on June 1 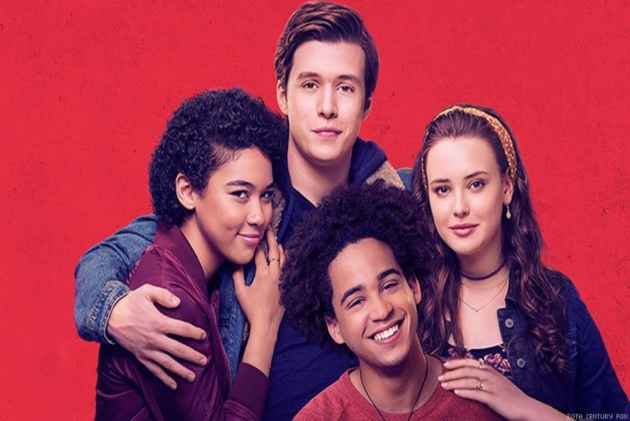 India’s censor board has denied banning “Love, Simon”, an iconic American movie with a gay protagonist, and accused the producers of creating a controversy to attract viewers.

Vani Tripathi, a member of the Central Board of Film Certification (CBFC), told Outlook over the phone that the CBFC had cleared the film on February 6 with an adult certificate.

LGBT rights activists have been accusing the CBFC, a statutory body under Ministry of Information and Broadcasting, of putting a ban on the movie because of its subject, considered taboo by many in India.

“Absolute...blatant lie. The filmmakers are lying, which means there is something wrong. They are probably realising that the film will get no attraction,” Tripathi said on Sunday.

“Six months have passed since it has been cleared. So, if the filmmakers are thinking that by raking up a fake story, by lying to the media and the public, they can sell their film, then they are wrong,” she said. “Maybe they are thinking that they can use us (CBFC) as a bounce board, but it is not going to happen…This is the most blatant lie I have ever heard.”

Outlook has tried to reach out to the makers of the film.  The story will be updated as and when Outlook receives their response.

Love, Simon -- a romantic-comedy about the sexual orientation of its 17-year-old protagonist – was released worldwide on February 27. It was scheduled for release in India on June 1.

Directed by Greg Berlanti, the 110-minute  film follows the story of 17-year-old Simon Spier, a closeted teenage boy, as he navigates coming out to his friends, family and peers while in high school.

Homosexual relations is a criminal offence in India under Indian Penal Code’s Section 377, which was adapted from a 16th century English law and introduced when India was a colony of the British Empire.

Section 377 was struck down by the Delhi High Court in Delhi in 2009 but was later overruled by the Supreme Court in 2013 which said it was the responsibility of Parliament, not the judiciary, to change the law. The top court, however, latter decided to re-examine a colonial era law, raising hope among the country’s LGBT+ community.

Gay Star News reported that the CBFC has banned Love, Simon in India because of the film’s content.

There was outrage in social media after people started to report that when they tried to book tickets for the movie at the announced screening times, a message stated that they were no longer available. Reports started circulating on social media that the movie has been banned.

Numerous petitions have been started online calling for the film to be screened in the country.

One change.org petition, launched by one Muskan Mundra, reads, “It's been more than 2 months and the LGBT+ community has been patiently waiting for the movie which finally gives the community some representation.”

“India has lacked a mainstream powerful representation of its LGBT+ citizens for a long time. Although not Bollywood, this film could not only encourage LGBT kids to come out but also educate parents about what it means to be gay, lesbian, bisexual etc,” the petition added. “This film could have a tremendous impact on the country's perception of what it means to be a part of the LGBT+ community.”

After news circulated regarding the ban on the movie, the outraged LGBT community and Love, Simon supporters took to Twitter using the hashtag #ReleaseLoveSimoninIndia to air their grievances.

Tripathi told Outlook that the CBFC does not have any jurisdiction to ban a film.

“Either a certification is accepted or rejected or goes into dissent. Who is asking for a ban on the film? If the film has been certified for a theatrical release already what is this ban all about? Who is talking about the ban?”

The CBFC in its jurisdiction has “no concept” of banning a film, she added. “We are no Supreme Court; we are a body that certifies a cinema. They are probably realising that the film will get no attraction. It has become a tradition with so many filmmakers doing this. They are doing this with the new board, we will not stay quiet; we are going to speak out. Who has banned the film?” Tripathi said.