Calling obstruction of proceedings ethically and constitutionally wrong, he said it was even more disturbing when such disruptions are pre-planned. 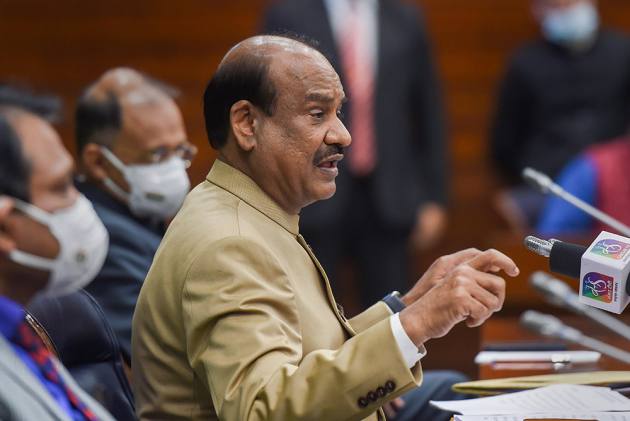 Lok Sabha Speaker Om Birla on Friday expressed concern over "continuous disruption" of proceedings and "lack of decorum" in Parliament and state legislatures, noting that dissidence should not lead to impasse. He also cautioned against the growing menace of fake news and urged media houses to discharge their duties impartially.

Addressing the Assam Assembly in his first engagement of the day, Birla said, "Democracy is based on debates and dialogue. But continuous disruption of debates in the House and lack of decorum are matters of concern." Calling obstruction of proceedings ethically and constitutionally wrong, he said it was even more disturbing when such disruptions are pre-planned. While it is natural for treasury and opposition benches to disagree, "dissidence should not lead to impasse", he added.

The speaker advised political parties to hold discussions on intractable issues and ensure the House functions in a manner that it can fulfil the hopes and aspirations of people. "To obstruct the proceedings of the House is not right, ethically and constitutionally. Many times, disruptions are not organic but pre-planned. Such conduct is even more disturbing," Birla said. He said disruption and adjournment of proceedings are not part of India's democratic traditions, and asked the legislators to come true to the hopes of the people.

Birla stated that a diverse country like India is bound together by parliamentary democracy, and as the nation celebrates 75 years of Independence, it has become necessary to revisit how the House, which is an integral part of the system, functions. The first Lok Sabha speaker to address the Assam Assembly, Birla said that the state is a vibrant example of unity in diversity. "Assam is the bridge that connects the richly diverse North-East with the rest of India. This diversity makes our democracy even more resilient," he added.

During the day, the Lok Sabha speaker also launched the Assam Legislative Assembly Digital TV at a programme in the central hall of the legislature.  He was felicitated by Assam Assembly Speaker Biswajit Daimary, Chief Minister Himanta Biswa Sarma and Leader of Opposition Debabrata Saikia, among others. Later in the afternoon, participating in an award function organised by a local media group, Birla spoke on the boon as well as the bane of social media.

"When we discuss social media, we have its positive sides on one hand and the menace of fake news on the other.  Fake news articles have led to tension and violence many times," he said. The Lok Sabha speaker further underlined that for the media to play a constructive role in the society, it must maintain neutrality and ensure correct presentation of facts. He dwelt on the role of media in the country during the freedom struggle and how leaders from that period, from Mahatma Gandhi to Balgangadhar Tilak, had used the pen to reach out to the masses.

"The media had played a positive role then (during freedom struggle) and it has an important role even now, 75 years after Independence," Birla added. The Lok Sabha speaker also presented the ‘Achiever Awards 2021’, instituted by the Sadin Pratidin Group, on the occasion. Former Asom Sahitya Sabha president and litterateur Rongbong Terang was conferred Lifetime Achievement Award, while the editor of Assamese magazine 'Prantik', Pradip Baruah, was given the Sadin Journalism and Literature Award. The Lok Sabha speaker offered prayers at the Kamakhya temple during his day-long visit to the city before returning to New Delhi.