Anshdeep was earlier asked to change his looks for getting included into the security team, which he denied and fought a legal battle. 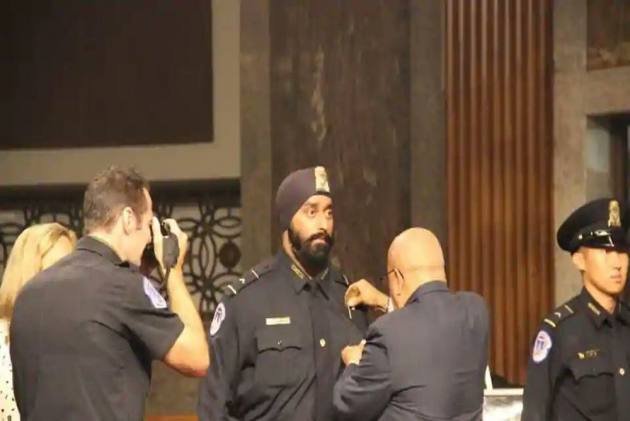 Anshdeep Singh Bhatia has become the first Sikh to have been inducted into the US President Donald Trump's security fleet, according to media reports.

The Ludhiana-born Anshdeep was earlier asked to change his looks for getting included into the security team, which he denied and fought a legal battle.

As the court ruled in his favour he was inducted last week after completing his training in the US, Hindustan Times reported.

According to media, his family had moved to the United States in 2000. They had earlier moved from Ludhiana from Kanpur during the 1984 anti-Sikh riots. Singh had lost his uncle and a close relative during the riots, and his father Devendra Singh suffered three bullet wounds as well, The Hush Post reported.