The Catholic school outfit accused the right-wing organisation of "trying to whip up communal tension". 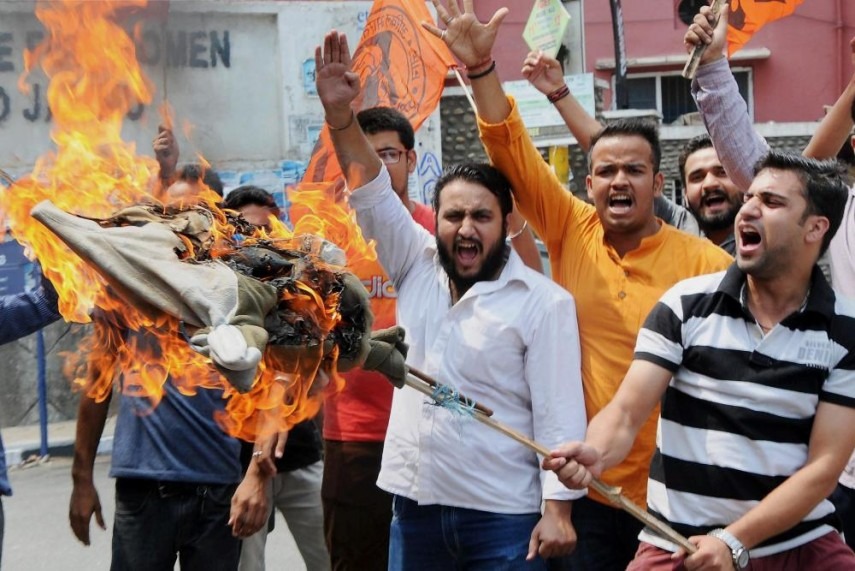 A report in The Indian Express on Monday said that the Catholic school outfit accused the right-wing organisation of "trying to whip up communal tension".

On January 4 this year, a group of ABVP activists created furoreoutside St Mary’s PG College in Vidisha when they were not allowed to enter the premises to recite the aarti. The students’ organisation had announced that it would offer the aarti inside the campus even though the district administration and college authorities had denied it permission to do so.

The outfit alleged that their community is being targetted by the student body and the incidents have only increased in the last couple of months.

In December last year, a group of Catholic carol singers were detained by police in Satna after extreme right wing Hindu group- Bajrang Dal- alleged religious conversions. A priest’s car was set on fire allegedly by the groups.

All 30 carolers, accompanied by two priests, who were singing carols as they moved in the district town were picked from the street after the complaint and taken to the Civil Lines police station. Eight priests who later went to the police station to inquire into the matter were also taklen into custody.