MP is slated to elect members from 230 constituencies on November 28. The BJP released their list on Friday, with the current Chief Minister Shivraj Singh Chouhan contesting the election from his home constituency, Budhni. 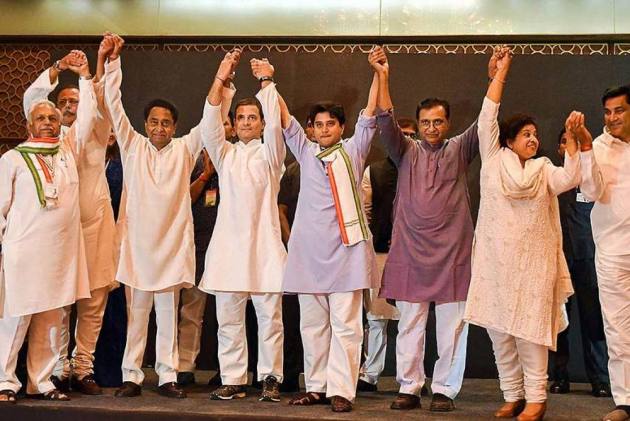 Out of the 155 nominees, there are 21 women and 21 Scheduled Caste candidates respectively. About 34 of them are from the Scheduled Tribe category.

Madhya Pradesh Elections May Not Be A Two-Horse Race

KK Kalukheda, who is the brother of former Congress minister Mahendra Singh Kalukheda, will also contest the assembly polls from Jaora constituency.

Moreover, Sachin Yadav, who is the brother of former Madhya Pradesh Congress Committee president, Arun Yadav secured a ticket from Kasrawad. Other senior leaders such as Suresh Pachouri and Govind Singh will contest the elections from Bhojpur and Lahar constituencies respectively.

Former MP Vijaylaxmi Sadho will be contesting the upcoming polls from Maheshwar constituency.

While expressing her optimism about the assembly elections in Madhya Pradesh, Congress leader Shobha Oza told ANI, "It is a very good list and a lot of thought has been put into it. The candidates are very strong, and we are confident that we will win the elections with full majority." Other Congress leaders such as Pankaj Chaturvedi and Narendra Saluja also echoed the same sentiments.

There are 230 seats in Madhya Pradesh, where the saffron party has been in power for three consecutive terms and elections are due on November 28. The Bharatiya Janata Party (BJP) released their list on Friday, with the current Chief Minister Shivraj Singh Chouhan contesting the election from his home constituency, Budhni.

The names for 177 candidates for Madhya Pradesh assembly elections were announced following a marathon meeting of the party's Central Election Committee late on Thursday chaired by BJP chief Amit Shah and attended by Prime Minister Narendra Modiamong others.