"This whole episode converges around the role of Deshmukh. Deshmukh has come to court seeking relief and failed. So now, the state has come on his behalf. This is a surrogate petition and the real actor is Anil Deshmukh," Lekhi said. 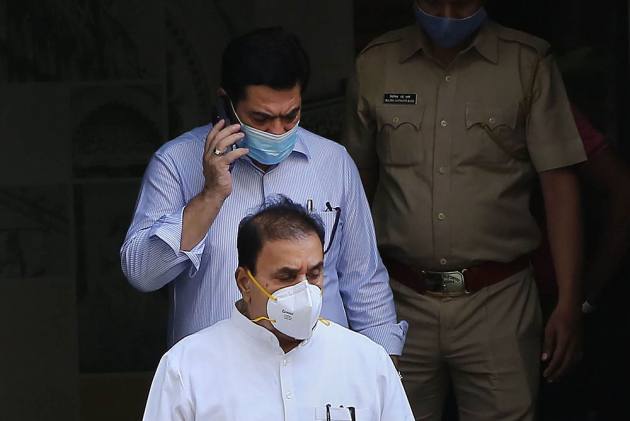 On Tuesday, the Central Bureau of Investigation told the Bombay High Court that the Maharashtra government's plea seeking quashing of summons issued by the central agency to state chief secretary Sitaram Kunte and DGP Sanjay Pandey was a surrogate one.

The "real actor" behind the petition was former Maharashtra home minister Anil Deshmukh, who is currently being probed by the CBI for alleged corruption and extortion, the agency's counsel, Additional Solicitor General Aman Lekhi told the court.

Lekhi reiterated before a bench of Justices Nitin Jamdar and SV Kotwal that the Maharashtra government's petition seeking quashing of summons issued to Kunte and Pandey for questioning related to the Deshmukh probe was an attempt to scuttle and derail the central agency's investigation.

Lekhi said the CBI had collected evidence to show that while Deshmukh was the state home minister, several recommendations made by the Maharashtra Police Establishment Board on transfers and postings of state police officers had been overridden. "We have collected evidence to show several recommendations of the police establishment board weren't approved, decisions were changed, and several postings and transfers were made without the involvement of the board," Lekhi said.

"This whole episode converges around the role of Deshmukh. Deshmukh has come to court seeking relief and failed. So now, the state has come on his behalf. This is a surrogate petition and the real actor is Anil Deshmukh," he said.

The CBI denied the Maharashtra government's claim that the agency had summoned DGP Pandey merely because he was the senior most police officer of the state and that the same was a harassment tactic. Lekhi said Pandey had been summoned for questions related to his interaction with former Mumbai police commissioner Parambir Singh, who had made the allegations of misconduct and corruption against Deshmukh.

Pandey was also required by the CBI to "deal with some transcripts" related to the case, Lekhi added. Following an order of the HC on April 5, the CBI conducted a preliminary inquiry into the allegations made by IPS officer Singh against Deshmukh, and subsequently registered an FIR against the NCP leader.

In September this year, the CBI summoned chief secretary Sitaram Kunte and DGP Sanjay Pandey, asking them to report to the central agency in Delhi for answering questions related to Deshmukh. The Maharashtra government, however, approached HC challenging the summons. HC will hear the plea further on November 24.