There are now 7,897 active COVID-19 cases in Maharashtra after 615 patients were discharged from hospitals following recovery in the last 24 hours. 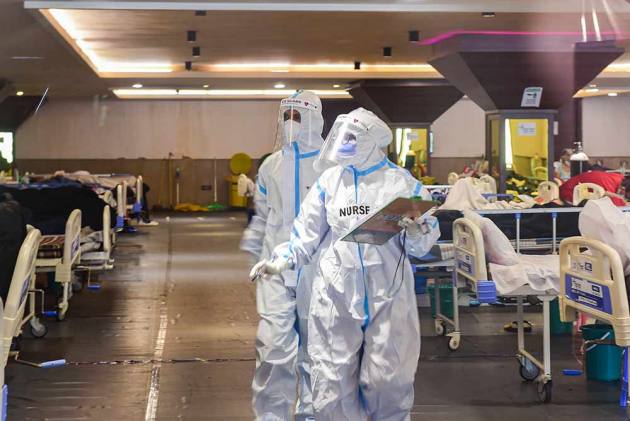 Maharashtra on Thursday reported 1,179 new coronavirus cases including 23 Omicron variant ones and 17 deaths, the state health department said. The state's COVID-19 caseload increased to 66,53,345 while the death toll on account of the pandemic rose to 1,41,392.

On Wednesday the state had reported 1,201 new infections. On Thursday, 23 Omicron cases were reported, the highest in a single day so far, taking the tally of such cases to 88. On Wednesday, no new Omicron cases had been reported in the state.

Four of the new patients are minor. As many as 17 of these patients were asymptomatic while six had mild symptoms, the official statement said. Of the fresh Omicron cases, 13 were from Pune district, five from Mumbai, two from Osmanabad and one each from Thane, Nagpur and Mira-Bhayander.

Sixteen of these patients have a history of international travel while seven others had come in close contact with them. Earlier in the day, Deputy Chief minister Ajit Pawar pointed out that some MLAs were not wearing masks in the House during the ongoing winter session of the state legislature. Things should be taken seriously in the light of the new variant of coronavirus, he said in the Assembly.

There are now 7,897 active COVID-19 cases in Maharashtra after 615 patients were discharged from hospitals following recovery in the last 24 hours. The recovery rate in the state is 97.7 percent while the case fatality rate stands at 2.12 per cent. As many as 1,10,997 new tests were conducted during the day, taking the number of samples examined for coronavirus so far to 6,81,17,319. Currently 76,373 people are in home quarantine and 899 in institutional quarantine.

State capital Mumbai reported 602 new coronavirus cases and one fatality, the Brihanmumbai Municipal Corporation (BMC) said. Twelve districts and four municipal corporations did not report any new COVID-19 cases. Among the eight administrative regions of Maharashtra (each consisting of a set of districts), the Mumbai region reported the highest 821 new cases, followed by 204 in Pune and 91 in the Nashik region. Aurangabad, Kolhapur, Latur, Nagpur and Akola regions reported 14, 18, 13, 12 and six new cases, respectively.