Farmers won't need to have a debit or credit card to purchase as of now, they can pay in cash. But their Aadhar will be entered in the PoS machine nonetheless. 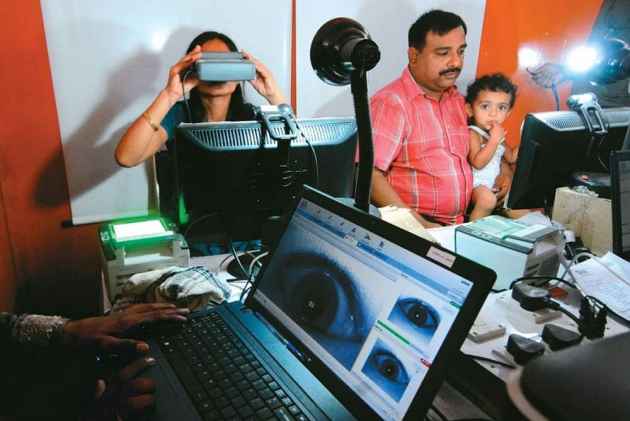 Maharashtra agriculture minister Pandurang Fundkar today announced that farmers will have to disclose their Aadhar number while purchasing fertilisers through Point of Sale machines at the dealers for availing subsidy.

The subsidy on fertilisers purchased would be then deposited in the farmer's bank account.

This system will be implemented from November 1.

Farmers won't need to have a debit or credit card to purchase as of now, they can pay in cash. But their Aadhar will be entered in the PoS machine nonetheless.

A senior IAS officer said this system will prevent diversion of subsidised fertiliser (which is meant for agriculture) for industrial use or exports.

"Most farmers have been enrolled for Aadhar. If we found someone is missing, every tehsil office has provisions to enrol. Farmers can submit enrolment number for the time being (if Aadhar application is in the process)," said Bijay Kumar, principal secretary, state agriculture ministry.

Kumar said in the existing system, dealers can divert subsidised fertilisers, meant only for farmers, for industrial use or for exports.

"Estimates in the past stated that around 20 per cent of fertilisers were diverted for industrial use because they were available at cheaper (subsidised) prices," he said.

"With Aadhar registration at PoS, the government will learn how much fertiliser a farmer has purchased and of what type. The government will deposit the subsidy amount based on the PoS entry," the officer said. (PTI)