As a precautionary measure, the Mumbai Police too tweeted out an advisory asking people to steer away from rumours 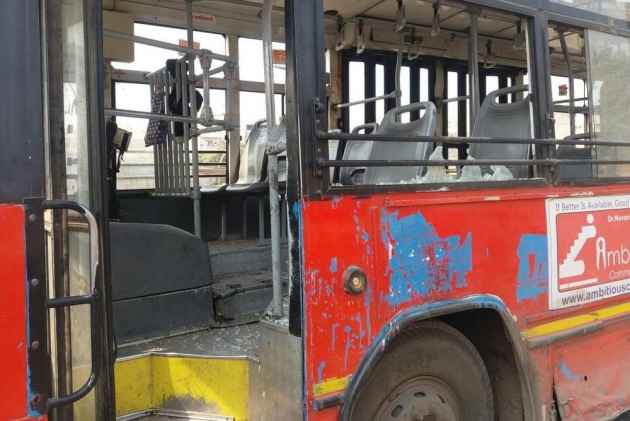 The violent clashes in Pune between Dalits and right-wing groups during a rally to commemorate Bhima-Koregaon battle, that claimed at least one life on Monday, reached many parts of Mumbai on Tuesday.
The event was organised to mark the 200th anniversary of the Bhima-Koregaon battle, in which forces of the East India Company defeated Peshwa's army.
Traffic services in and around both the major cities were disrupted as the protesting groups staged 'Rasta Roko' in several parts. According to a report, the Sion-Panvel highway has been blocked by protesting Dalit organisations. Local train services have been hit on the Harbour Line between Chembur and Govandi following protests in Mumbai.

Video Editing: Suraj Wadhwa/Outlook
Several schools and colleges in Mumbai have been closed following protests intensifying in the city.


Video EDITING: SURAJ WADHWA/OUTLOOK
Prakash Ambedkar, former MP and grandson of Bhimrao Ambedkar, has called for a Maharashtra bandh tomorrow (Wednesday), according to India Today. According to another reportby India Indian Express, Ambedkar also said, "The judicial inquiry ordered by the CM is not acceptable to us. The judge should have the powers to collect evidence and to punish the culprits. The inquiry should be conducted by a non-Dalit judge."

Stone-pelting has been reported at the Fine Arts junction in Amar Mahal, Ghatkopar, and Chembur. Bus services to Ahmednagar and Aurangabad have been suspended following the Bhima Koregaon violence. Following reports of clashes and protests, several offices have downed their shutters with Mumbaikars leaving early for home, the report added.

Dalit leaders commemorate the British victory, as it is believed that soldiers from the Mahar community -- then considered untouchable -- were part of the East India Company's forces. However, some right-wing groups in Pune had expressed opposition to celebration of the 'British' victory.

Incidents of stone-pelting and vandalism occurred at Bhima Koregaon in Shiroor tehsil in the afternoon on Monday when people were heading for the war memorial in the village, the police said.
News agency ANI reported that buses were vandalised in Hadapsar, Fursungi areas in Pune. All bus services to Ahemadnagar, Aurangabad suspended in wake of the agitations.
As a precautionary measure, the Mumbai Police too tweeted out an advisory asking people to steer away from rumours. "Don’t believe in rumours. Traffic on Eastern expressway was affected due to protests. It’s moving now. Traffic at Chembur Naka is still affected. There is nothing to panic. Verify facts with police officers and men before posting anything on social media (sic)," it said.
Maharshtra chief minsiter Devendra Fadnavis has ordered a CID inquiry in the death of a youth at a Dalit rally in Koregaon near Pune. Announcing Rs 10 lakh compensation for the victim's kin, he said that a request will also be made at the Supreme Court for judicial inquiry in matter of  violence at the protest.
"Request will be made to SC for judicial inquiry in Koregaon violence matter and CID inquiry will also be conducted on the death of the youth. 10 lakh compensation for victim's kin," news agency ANI quoted him as saying.