Cotton is the main crop of the district, also known for the highest number of farmers' suicides. 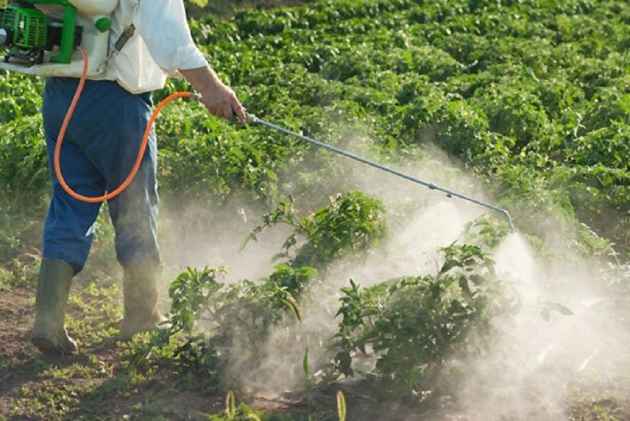 With the deaths of at least 18 farmers in Maharashtra from inhaling toxic insecticide fumes sprayed in farmlands in Yavatmal district of the state's Vidarbha region, Chief Minister Devendra Fadnavis on Tuesday ordered an inquiry.

Although the government did not specify the number of deaths, eminent farm activist from Vidarbha, Kishor Tiwari, and the Shiv Sena said the pesticide exposure reported in Yavatmal district has claimed 18 lives so far.

A statement issued by the Chief Minister's Office (CMO) said the inquiry into the deaths of farmers will be conducted by the Additional Chief Secretary (Home) Sudhir Shrivastava.

The Maharashtra cabinet, chaired by Fadnavis, decided to provide Rs 2 lakh compensation to the family of each deceased farmer.

In the statement, the CMO directed the pesticide companies to provide free masks to farmers.

"It will be binding on the pesticide companies now to provide free masks to avoid such incidents in the future. If required, the government shall also provide masks," it said.

However, the CMO did not specify the number of deaths.

Talking to PTI, Tiwari claimed, "In the last 15 days, 18 farmers have die due to pesticide poisoning in Yavatmal. It has also affected 600 people in the district in the last three months."

He alleged that this happened due to the "negligence of the officials of the state agriculture as well as health departments" and demanded that the officials concerned be suspended immediately.

The Shiv Sena, in an editorial in its mouthpiece 'Saamana', termed the incident as a "massacre" and said so far 18 farmers have died in the incident.

The Sena said that since the figures have been provided by Tiwari, who is the president of the state-appointed Vasantrao Naik Swawlambi Sheti Mission, they cannot be false.

"The government, which is eager to bring in a bullet train in the country, should first answer what was its agriculture department and agriculture universities doing when this massacre took place. Eighteen farmers have lost their lives and hundreds of others are at risk," the saffron party said.

"The deaths of 18 farmers were not seen by the social media 'bhakts' nor was there a drop of tear in the eyes of ministers from the Vidarbha region. They still feel all is well and are harping on their theory of 'achhe din'," it added.