Maharashtra Schools To Get 1.5 Lakh Books On PM Modi, More Than Gandhi, Ambedkar

The opposition leader Dhananjay Munde termed it as a tactic to influence young students. 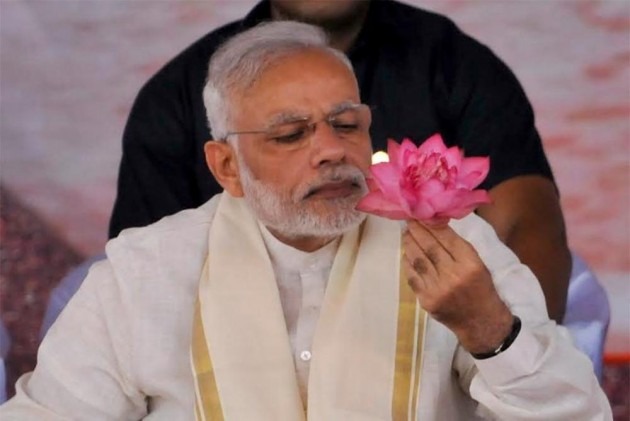 According to a news report, the state government has decided to spend Rs 59.42 lakh on books about Modi as supplementary reading material for its students.

Children between Classes I-V can now access these books in the school libraries and opt for them as a supplementary reading material.

While the PM tops the list, books worth Rs 3.25 lakh on Mahatma Gandhi, Rs 24.28 lakh on Dr. Ambedkar and Rs 22.63 lakh on Mahatma Phule will also be stocked in government schools, reportedThe Hindu.

The opposition leader Dhananjay Munde, however, termed it as a tactic to influence young students. "We respect PM Modiji but is he greater than Gandhiji, Babasaheb or Mahatma Phuleji?" he was quoted as saying by the Asian Age.

The Prime Minister had earlier opposed any plan by BJP-ruled states' governments to include a chapter on his "life struggles" in the school textbooks.

"I firmly believe that the life story of living individuals should not be included as a part of the school curriculum," Modi had said.

Expressing disapproval of the move, Modi further tweeted, "India has a rich history of several stalwarts who made India what it is today. Young minds should read about these greats & emulate them."

This comes at a time when the Maharashtra government is already facing criticism for meddling with chapters on medieval history in school textbooks.With a view to make the curriculum Maharashtra-centric, the state's education ministry had recently cropped out chapters on Mughal history. A Mumbai Mirror report stated that the change was incorporated after a meeting at Rambhau Mhalgi Prabodhini.

The revised version of a history textbook makes no mention of the monuments built by prominent Muslim rulers, such as the Taj Mahal, the Qutub Minar and the Red Fort. Instead the new textbook for Std IX mentions the Bofors scam and the Emergency of 1975-1977, the report added.