The government is also willing to spend Rs 3,600 crore on the project. (read: four and a half Mangalyaan missions) 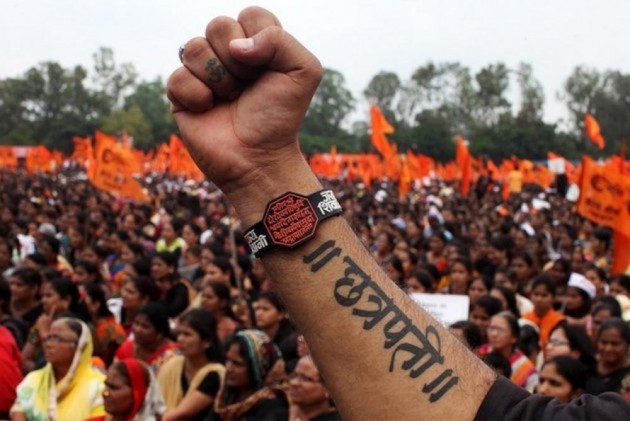 The state government is planning on revising an earlier proposal to the Centre for environmental clearance for a giant Shivaji statue, with its proposed height to be increased from 192 metres to 210 metres.

A report in The Times Of India mentions that Maharashtra government’s aim is to outdo a giant Buddha statue in Lushan County, China. The statue earlier measured 153 metres when first constructed in 2008, and its height was raised to 208 meters after a remodeling job.

The Maharashtra government was prepared for this and seems to be bullish, despite height being a contentious issue. An NDTV report claims that the Shivaji statue will be 190 metres and still outdo the China statue.

“We want the tallest memorial for Shivaji Maharaj. Once the bidder is finalized, we will send a revised proposal with a height of 210m to the Centre, for environmental clearances,” reportedly says Vinayak Mete, who heads the Shivaji memorial committee constituted by the state government.

The government is also willing to spend Rs 3,600 crore on the project. (read: four and a half Mangalyaan missions). Work on the project is said to begin at the end of this year with a 36-month deadline.

And this is what they plan on outdoing: 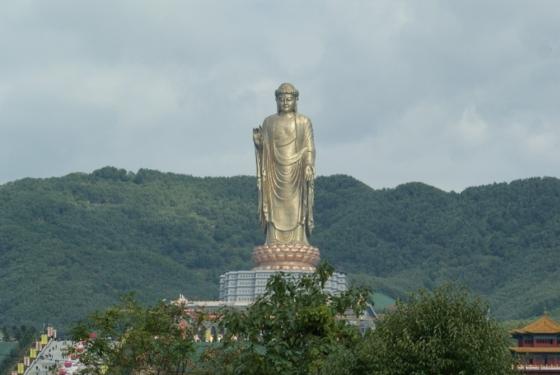 Reports have claimed that the entire statue-statue game is about trying to cultivate Maratha pride and edge out the Shiv Sena, whose MPs are not exactly earning themselves brownies or points lately.

The government also plans on building the ‘Statue of Unity’, a figure of Sardar Vallabhbhai Patel, which will cost a reported 2,980 crore too.

The Shivaji statue also has a bit of history. The decade-old project’s first-estimated cost in 2014 was a reported Rs 2,000 crore.

Math says the cost has increased about 80 percent in the past three years.