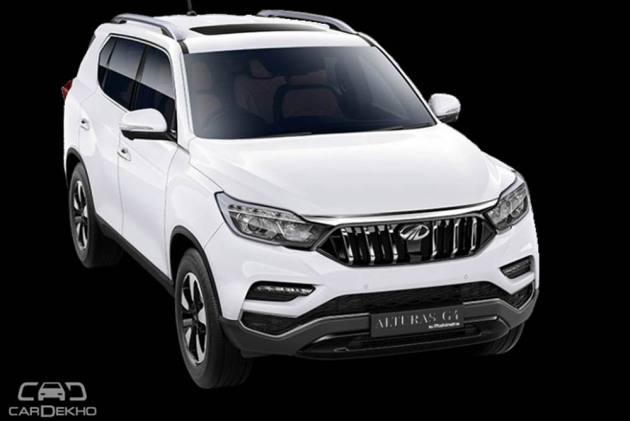 Mahindra has revealed the official name of the Y400 SUV that will go sale in India against the likes of the Toyota Fortuner and Ford Endeavour: Alturas G4. It’s actually a rebadged, second-gen SsangYong Rexton, which was also showcased at the Auto Expo 2018. Mahindra had earlier announced that production of the Y400 will begin in the second half of 2018 and we anticipated the launch to happen in November.

Mahindra has opened bookings for the Alturas G4, which will be powered by a 2.2-litre 4-cylinder diesel engine which produces around 180PS of power and 420Nm of torque (specs of the rebadged Rexon that Mahindra showcased at the Auto Expo 2018). The engine is mated to a Mercedes-Benz-sourced 7-speed automatic transmission and is unlikely to come with a manual.

While Mahindra is yet to reveal the official specifications of the Alturas G4, we expect the dimensions to be the same as the Rexton as the only major change on the outside is the front grille, which now holds the Mahindra logo instead of SsangYong. Dimensionally, the body-on-frame SsangYong Rexton G4 is wider than the Fortuner and longer than the Toyota SUV. Its overall height measures 1825mm, which makes it shorter than the Fortuner.

The carmaker has announced that the prices will be in excess of Rs 30 lakh (ex-showroom). At that price, the Alturas G4 will rival the likes of the Toyota Fortuner, Ford Endeavour and the Isuzu mu-X. The Skoda Kodiaq and Honda CR-V are the other 3-row SUVs that are sold around the Rs 30 lakh price tag, but both these SUVs are unibody in construction.