With relatively mature styling and more goodies, the Mahindra KUV100 facelift is here to rematch with the Maruti Suzuki Ignis and other B-segment hatchbacks 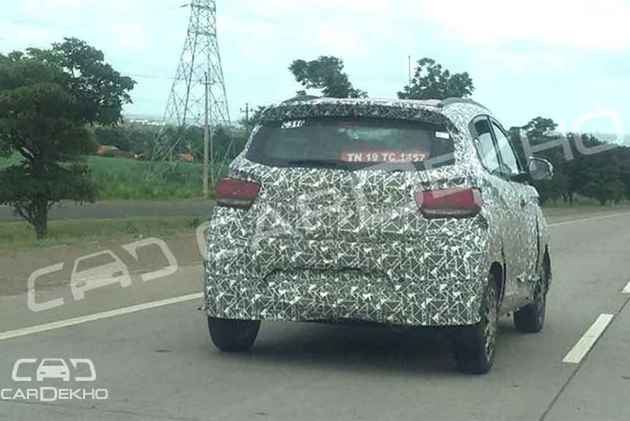 Mahindra will launch the KUV100 facelift today. The mid-cycle updated/facelift model of the KUV100 has arrived early (it is not even 2 years since its inception), certainly to boost up the sales of Mahindra’s entry-level model. Christened the KUV100 ‘NXT’, it comes with a relatively less quirky-looking exterior, additional features and the same set of engines.

First off, it gets a restyled bumper with a relatively wider air dam. The grille has been tweaked and it is now flanked by new dual-barrel headlamps in nearly the same profile. At the sides, the downward-projecting character lines on the rear doors have been slightly toned down. The all-around cladding is new and looks more muscular than before, and it now rides on 15-inch dual-tone machine-cut alloys. At the rear, the tailgate has been restyled and the same character line now engulfs the tail lamps. Though the tail lamps feature the same profile, they come with a clear lens setup and new graphics.

On the inside, the Mahindra KUV100 NXT carries over the all-black interior introduced earlier this year. The highlight is the addition of a 7-inch infotainment system, which we’ve recently seen in the new, range-topping T10 variant of the Mahindra TUV300. Surprisingly, Mahindra has not offered Android Auto/Apple CarPlay in the KUV100 (same as the TUV300), while its arch-rival, the Ingis, packs both!