Mahindra Thar-Rivaling Force Gurkha SUV To Get An Update Soon 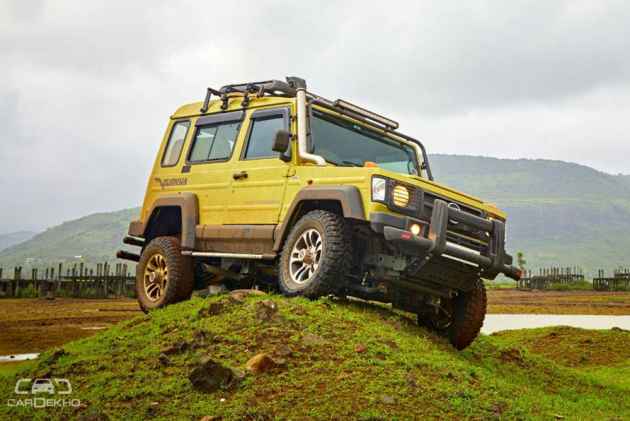 The Force Gurkha, a niche off-roader that competes with the popular Mahindra Thar, has been around for quite some time. But to stay in sync with the times and live beyond 2020, the Gurkha is set to receive some updates to its engine and safety department.

In a conversation with CarDekho, Prasan Firodia, the managing director of Force Motors, said, “The Force Gurkha remains a priority for us. It will be getting necessary modifications for making it future-ready.” That said, the rough-and-tough Gurkha will still remain a bare-bone SUV. The Gurkha, however, will be readied for the Bharat New Vehicle Safety Assessment Program (BNVSAP) which is set to be enforced in October 2019.

To do this, the Gurkha is expected to get airbag(s), ABS (anti-lock braking system) and seat belt reminders. Force is likely to tinker with what is under the flat bonnet too. Powered by a 2.6-litre, 4-cylinder diesel engine which churns out 85PS of power and 230Nm of torque, the Gurkha conforms to BSIV emission norms. But considering the fact that Force is updating the Gurkha to meet BNVSAP norms, we expect it to receive an engine that meets BSVI emission norms as well. Mind you, Force already manufactures engines for two German car giants - Mercedes-Benz and BMW - in India. This also includes the updated Mercedes-Benz S-Class’ 3.0-litre diesel engine, which also happens to be India’s first BSVI-compliant motor that can run on BSIV fuel. When asked about the possibility of reintroducing the 7-seat Force One SUV, Firodia said that it is unlikely to happen in the near future.

The list of changes the Gurkha is expected to receive will make it more expensive than before. Currently, it is priced between Rs 9.15 lakh and Rs 11.90 lakh (ex-showroom). Meanwhile, the Gurkha is expected to receive even tougher competition in the form of the new-gen Thar that Mahindra has been working on. The new Thar is expected to be based on an all-new platform being developed in conjunction with SsangYong. We expect the upcoming Thar to feature a chic and radical design penned by the iconic Italian design house Pininfarina, which is now owned by Mahindra.