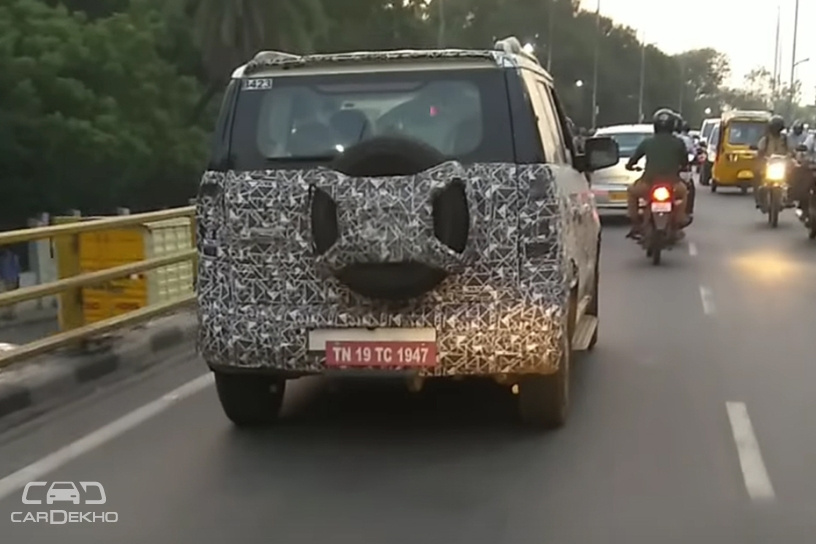 A camouflaged Mahindra TUV300 mid-life refreshed model has been spotted for the first time. It is said to go on sale in 2019, four years after its launch.

Even with camouflage covering most of the car, some aesthetic updates can be easily identified. It gets a new X-shaped spare wheel cover design and new alloys, while a touchscreen infotainment display can also be spotted in these photos. Expect it to have the same touchscreen unit seen on the recently launched Marazzo, which supports Android Auto. It appears to have new daytime running lights as well, but it should be limited to higher variants only. Mechanically, it is expected to retain the current 1.5-litre 3-cylinder diesel engine (100PS/ 240Nm) mated to either a 5-speed manual or an AMT. It won’t get the more powerful 1.5-litre 4-cylinder engine (123PS/300Nm) that debuted with the Marazzo as the carmaker has confirmed that the new engine will not be offered with the existing lineup. A petrol engine option is also unlikely to be offered with the updated model, as is the case with the outgoing model. 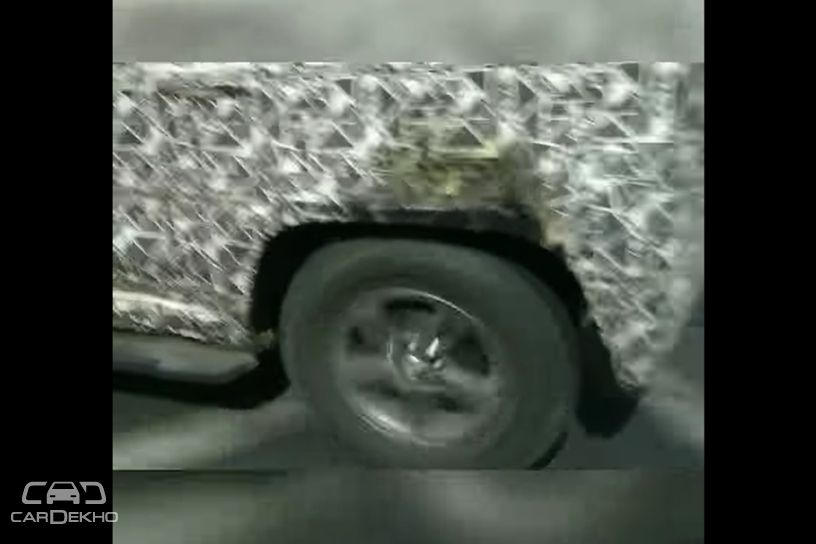 Currently, the Mahindra TUV300 is priced from Rs 8.32 lakh to Rs 10.97 lakh (ex-showroom Delhi). The facelifted model will probably come at a slight premium and will go up against monocoque-based sub-4m SUVs such as the Ford EcoSport, Maruti Suzuki Vitara Brezza, Hyundai QXi (expected in April 2019), Mahindra S201 (expected by December 2018) and Tata Nexon among others.