MPCB had given a deadline until Sunday for creating a buy-back mechanism for collection of plastic used by retailers and multi-layered or tetra packaging, which was followed by the board's instruction to speculate. 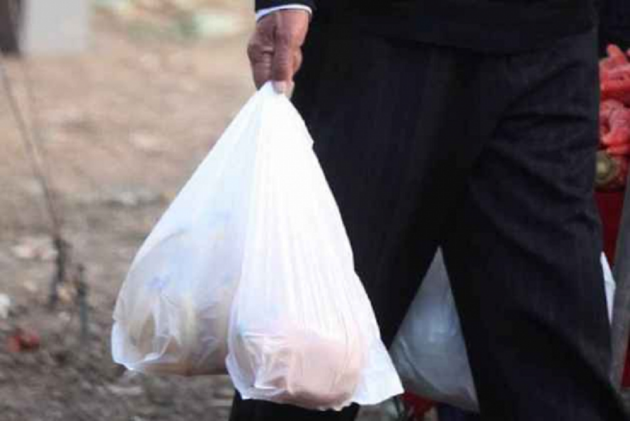 The Maharashtra Pollution Control Board (MPCM) on Sunday directed officials to check on the plastic manufacturers violating a ban imposed on the products in Maharashtra.

MPCB had given a deadline until Sunday for creating a buy-back mechanism for collection of plastic used by retailers and multi-layered or tetra packaging, which was followed by the board's instruction to speculate.

Officials said E  Ravendiran, Member Secretary of MPCB, held a meeting Saturday and interacted with the department officials across the state through video conferencing.

Plastic Ban In Maharashtra From Today: All You Need To Know

"It was to review the implementation of the plastic ban. We have instructed them to take action against all the violators," said the official.

An official from the MPCB said retailers are expected to print the manufacturer's name, type and buy-back price on the plastic used by them.

"Besides, they are expected to put in place a mechanism for collection of plastic and to ensure recycling. We will see whether it is being followed by them," said the official.

Another official said that in case of multi-layered and tetra packaging, then the manufacturers or brand owners or producers need to submit the Extended Producers Responsibility (EPR) plan, which involves modalities of a waste collection system, to the Urban Development department for approval.

"So far, we haven't received a single approval letter," said the official, adding that notices for the EPR plan were issued to them in August.

The official further said that it has been decided to hold region wise inter-departmental coordination meetings with all officers empowered to take action as per the notification.

The meetings will be chaired by Maharashtra Minister for Environment Ramdas Kadam and the first meeting, of the Konkan region, is scheduled Thursday.

"It is an attempt to sensitise them, make them aware of their role in the effective implementation of the ban. Apart from the MPCB and Environment department, officials from other departments are also empowered to take action against violators," he informed.

However, officials from the Environment Department said that dairies are yet to put in place a buy-back mechanism for milk pouches.

"A meeting was held with a few milk dairies but they are yet to respond. We will now hold meetings with them to find out a way," said an official.

He added that the department had not insisted on the mechanism with dairies since there were farmers' protests in the past few months seeking a hike in procurement rates.

On March 23, the state government imposed a ban on manufacturing, use, sale, distribution and storage of plastic materials such as one-time-use bags, spoons, plates, PET and PETE bottles and thermocol items.

The ban came into place on June 24 this year.