The coast guard is preparing to cordon the vessel to avoid oil spillage. 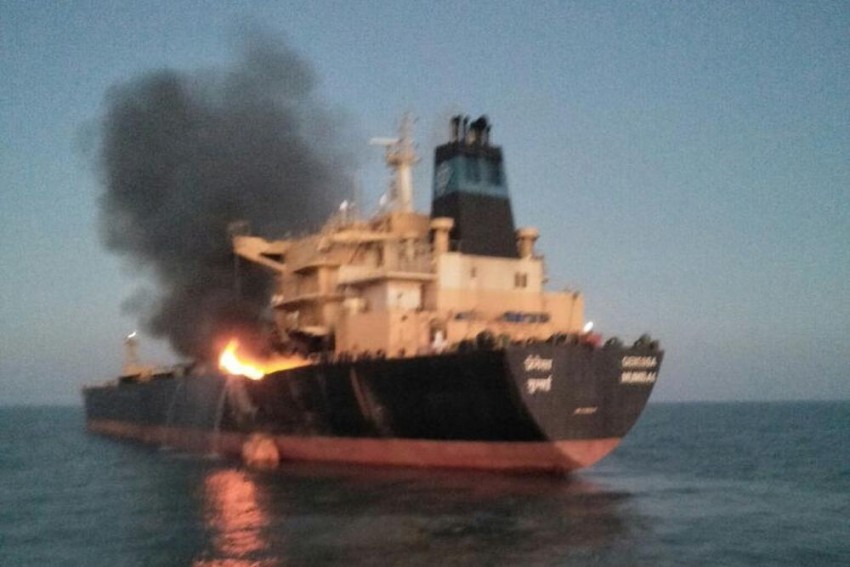 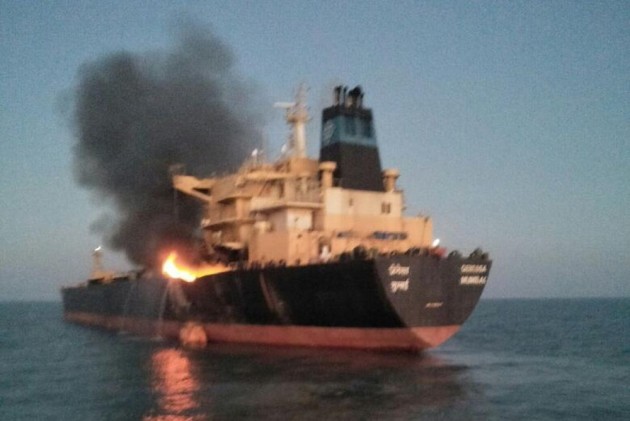 The MT Genessa oil tanker was anchored about 15 nautical miles off Deendayal Port in Kandla.
Coast Guard Interceptor Boat C-403 is at the scene and the maritime security agency's pollution control team has been activated, a defence spokesperson said.

He, however, did not say if oil has spilt. The coast guard is preparing to cordon the vessel to avoid oil spillage.  A Dornier aircraft has been called in to guage the fire.

The coast Guard is using tugs and rigs and resources requisitioned fromReliance, Adani, and Essar companies to fight the blaze.

Tripura To Go To Polls On Feb 18, Meghalaya And Nagaland On Feb 27