The sharp and unrelenting focus on health and education is missing. Also absent is ability to deliver justice and be able to enforce law 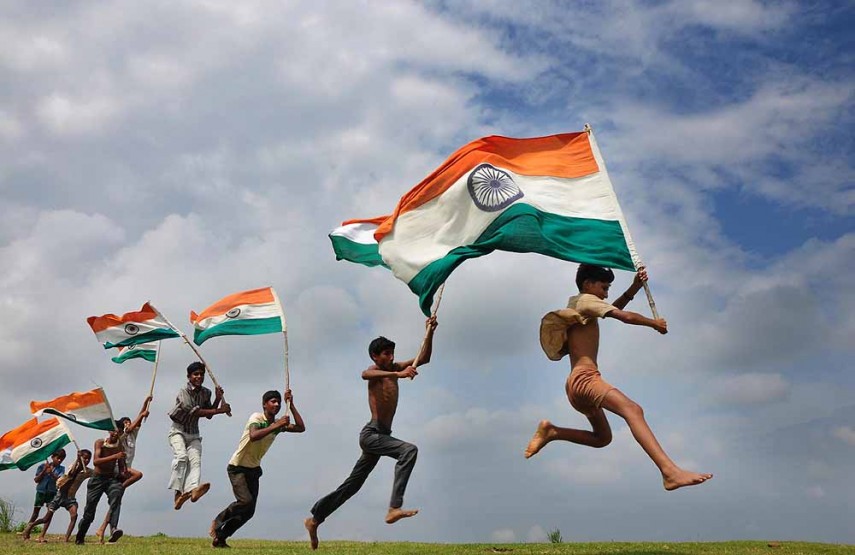 We are often told that India had a golden age economically. A time when the subcontinent had a large share of the world's economy. Perhaps as much as 20 or 25% of the share of the world's GDP as opposed to the under 3% that we have today. Can we achieve this again? And if so what will it take?

Let's have a look at what sort of countries have become great powers over the ages so that we understand what is needed for India. The first great power was Persia 2500 years ago, and it had the capacity and the expertise to exert its influence globally. This is the definition of great power. The Parsi kings of Persia ruled an empire from Kandahar to Turkey. The historian Herodotus records that at the Battle of Plataea in 479 BC, the Parsi king Xerxes led an army to Greece which included Indian mercenaries, probably from Punjab.

The Persian king was always referred to as 'Great' (Megas) by the ancient Greeks in their literature. The second great power of the world was Alexander the Great. The Macedonian warrior is not called 'Great' because of his achievements. He is called that because he defeated Darius the Great and took the title from him.

The third power was the Roman empire, which expanded first to take all of Italy and then France, Spain and most of Europe and also as far east as Palestine. Julius Caesar took the Roman legions into Britain (and London is from that time) but Rome was not a naval power. The Muslims who were the fourth major global power were comprised of many nations. The Arabs conquered north Africa (which is why Egyptians speak Arabic) and some of Spain but the truly strong Muslim powers were Turks, Persians, the Central Asians and the Afghans.

The Muslim states were also not naval powers. In fact the European powers had great influence even when Aurangzeb dominated all of north India. This was because the royals needed to sail to Mecca for Haj and the Europeans controlled the waters.

The fifteenth century saw the rise of the colonial powers, Spain, Portugal, England, the Dutch and France. What is common to them? They are all on the Atlantic, which is a rough ocean. Sailing across it required strong and large ships, powered by sails made of high quality fabric. Only the nations on its coast developed this expertise. Because the ships were large, they were able to carry many powerful and heavy cannon. This is why these nations were able to sail across and colonise the Americas and why Germany, Russia, Italy and other major European nations, which are not on the Atlantic, did not become big colonial powers.

Was India a great power in some century before this point? It had about a fifth of the world's total GDP but that was only because the subcontinent had a fifth of the world's population. At this point in history, almost everyone was an agriculturalist. There was some basic manufacturing, like pottery and textiles but most economic output depended on the labour of men. The more people a nation or region had, the larger its share of global GDP.

After the 15th century, and particularly after the scientific revolution in Europe led by Newton and Hooke and Boyle, we were left behind. It is the European nations that pulled ahead economically and we remained where we were. From this point on, it is those nations which were economically powerful that were able to influence the world, ending with the United States. Today, merely the possession of big armies and even of nuclear weapons does not ensure that nations become great powers, else North Korea and Pakistan would be great powers.

In the modern era, it is those nations that emulated the primary conditions of greatness, a healthy and educated population and an effective state, that have been able to become great. Japan, Korea and most recently China have all been able to meet these conditions.

India has no focus on this yet in my opinion, and governance is often ineffective. Even in 2016 the state is distracted by things like anti-national slogans, skirmishing with neighbours and issues of culture and identity. The sharp and unrelenting focus on health and education is missing. Also absent is ability to deliver justice and be able to enforce law. Indian governments cannot even deliver on the primary condition of state effectiveness, and that is the monopoly over violence. Mob violence and lynchings are common and it doesn’t really matter which government is in power. Till we get these basics rights, our march towards being a great power will remain slow.