'Male And Female Politicians Have Let Us Down. Now If A Transgender Fails People Will Lose All Hope,' Says Kinnar Mayoral Candidate Gulshan Bindu

Gulshan Bindu, a transgender mayoral candidate contesting from Faizabad-Ayodhya in forthcoming UP civic polls talks about how she came to the city and getting to know its people. 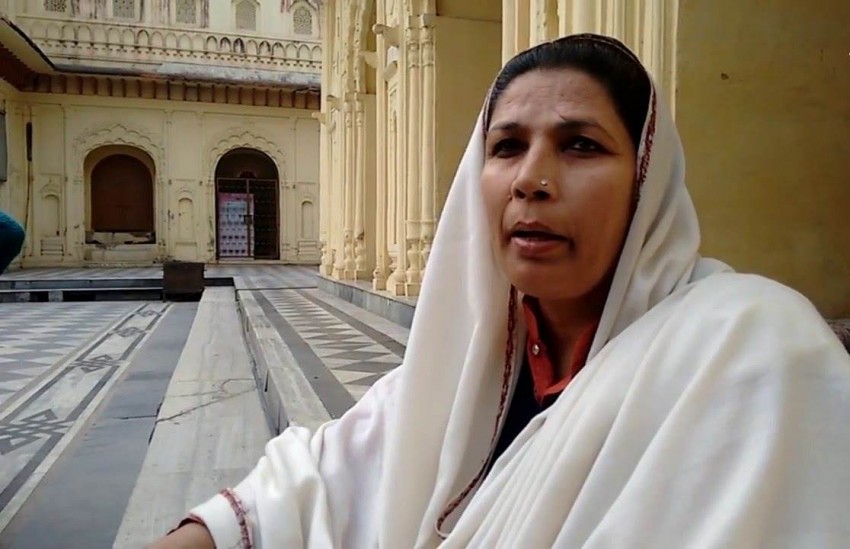 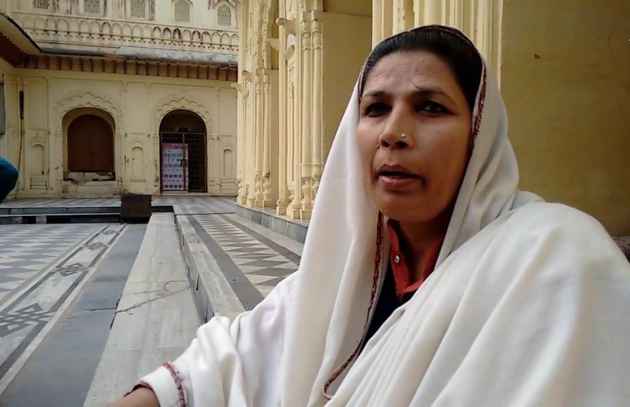 Gulshan Bindu is a Kinnar or transgender mayoral candidate contesting from Faizabad-Ayodhya in forthcoming UP civic polls whose identity attracted much attention since her nomination by Samajwadi Party. In an interview with Pragya Singh she talks about how she came to the city and getting to know its people.

Why do you want to be in politics?

The king of Ayodhya blessed us Kinnars and that is why the people of Faizabad-Ayodhya have given me this chance. Here in Rama’s city every breath, every life, is filled with Rama himself. Here reside all gods and faiths; Rama, Allah, Nanak, Bhagwan. Elections in our country are fought on the basis of biradari—community—and nothing else. We Kinnars speak for everybody, for Hindus, Muslims, everybody else. That is why this place has accepted me.

But the world does not see Kinnars as equal. Are you trying to prove a point?

I cannot speak for the world but I know that in Faizabad and Ayodhya this Kinnar is as much a part of the soil as anybody else. Ayodhya is a different kind of place. There are many saints here but they are unlike anywhere else. They believe here in every faith co-existing. That is why my message that Rama lives inside everyone got me the Samajwadi Party’s ticket.

Why would you be any different from so many other leaders and politicians? What sets you apart?

Everybody has sons and daughters but I have only my work. I don’t even have a mother or sister like everybody else. That is what people see in me. That is why 500 people surround me at every street corner. They all say, ‘Gulshan Bindu lost the previous election by just 200 votes.’ They want to see me win. In Ayodhya there is a Gulshan wave. They know we Kinnars have sants and mahants but that we try to solve people’s problems—we don’t have families to live for, only our work.

Your family is from Mithila in Bihar. Do you visit?

This is very painful because the way many people see us even my family did. Because I am on this gaddi (position as a Kinnar) they saw me in a different light. I could not live with them, and cannot go to the home of my birth. That door is closed to me. Still, I am from a good family—there are VIP members in it.

Then where did you spend the last thirty-odd years of your adult life?

I used to live in Delhi and Old Faridabad.

And what did you do these years?

I worked. I always did social service.

How did you come to be in Ayodhya?

I have been to every single district of UP and seen its life and people from very close quarters. I have seen their suffering and their delight up close. Finally, I came to Ayodhya ten years ago after my guruma, who died a short while ago, asked me to be here…

Don’t you think people of Ayodhya and Faizabad see you in the same light as your family once did—as too different?

Don’t mind my saying so but I have organized 200-250 weddings, I have set up public water taps for people not asking or caring if they are Hindu, Muslim, Sikh or Hindi-speaking, Punjabi-speaking. None of these differences matter to me or to Ayodhya.

Still, you are different…

That is why I am independent (politically). It is only because I have been with everybody in their happiness and grief, because I have argued, fought and battled for people to get their due, that they support me.

There was earlier another Kinnar politician who got elected…

Everything depends on a person’s niyat—how they answer to their conscience. And everybody is a unique individual.

The BJP promises a grand Rama temple at Ayodhya. How would you respond?

The temple is in fact a decision to be taken by the highest court of law.

Still, those who want the temple would certainly prefer the BJP would they not?

I believe that the biggest form of love is towards a fellow human being, and let that guide my hand.

Do you think, as a Kinnar, you bring a unique perspective to electoral battles?

I will teach everybody what can be learned from a Kinnar. I will come up ahead of everybody. My development, vikas, will show all what it is like to do real development. This is how my guruma taught me. I am not in this for the sake of personal reward. Yes, my life has been filled with struggle but then to achieve something one has to struggle. Look, people have tried women leaders and they have tried male politicians. If now a kinnar also fails them then they will wonder who can do work—they will feel completely desolate. That is why I cannot afford to let them down.

Politics is tough business. What helped you?

I saw suffering up close. That is what motivated me. I raised funds from my community, used my own resources, and started work. What do other politicians do? They only care about votes and eat off their income from politics. Five months before the elections they start harassing people over votes. Then they disappear.

Faizabad was once a hub for leather and other trades…what can you do to prop up the city again?

I want in Faizabad trades of all kinds to prosper. I want to make Ayodhya glow like sandalwood. Just as Mathura has a grand entry gate, Ayodhya should have four. Rama Ghat should be improved and the Sarayu banks should be made of marble, roads should be clean and wide. I want that everybody who comes here should feel as if they are in heaven. There should be gardens, parks, avenues with flowering trees for tourists.

Do you think, because you are Kinnar, you are only seen from the prism of how useful you are to society?

I will not be fooled by anybody.

How confident are you of winning?

It will be just like in the Mahabharata—nobody could win that battle until Shikhandi was in the picture and so it will be in Rama’s city. This is the blessing Rama has bestowed on us Kinnars. Why else would all big BJP leaders including (chief minister) Yogi (Adityanath) come to Ayodhya again and again? This is a small little place and they keep returning to Ayodhya, sending big-big leaders here. Why wouldn’t they, for they are all afraid of this one Kinnar.