The court deferred the proceedings to October 30 and said this was the last chance for the accused to follow the court's order and remain present in court. 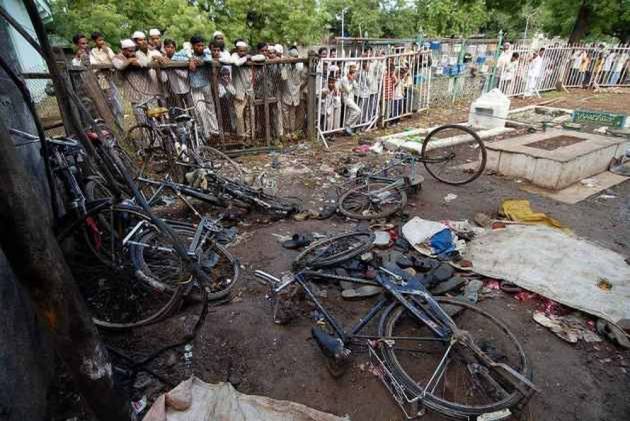 A special court in Mumbai took a strong note against five out of seven accused in the 2008 Malegaon bomb blast case.

Judge Vinod Padalkar, presiding over the special National Investigation Agency (NIA) court that is handling the case, acted strongly against five out of seven accused who were missing in the court hearing on Friday.

He further warned the accused against delaying the proceeding and investigation of the case.

The court deferred the proceedings to October 30 and said this was the last chance for the accused to follow the court's order and remain present in court.

Framing of charges is a process after which the trial in a criminal case starts.

"It seems that the accused are intentionally avoiding coming to court. If they fail to remain present on the next date, appropriate orders will be passed against them," Judge Padalkar said.

The high court is likely to hear the plea on October 29.

An explosive planted on a motorcycle near a mosque in Malegaon, a town in North Maharashtra had killed six people and left over a 100 injured on September 29, 2008.

All of them would face trial under the UAPA, an anti- terror law, and other sections of the Indian Penal Code, for murder and criminal conspiracy, among other charges.