If the ruling dispensation cannot honour Netaji, then it is best not to keep any expectation from them, she said. 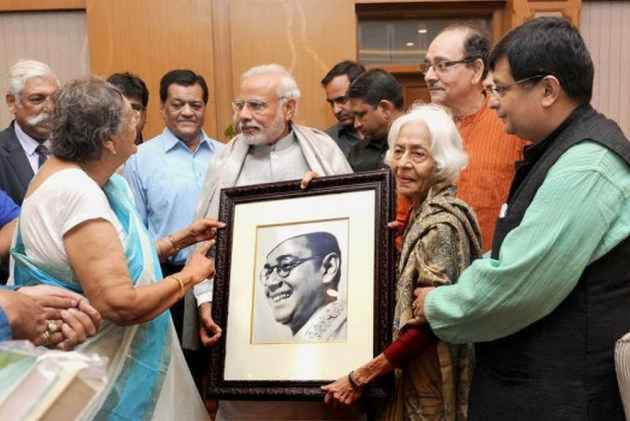 West Bengal chief minister Mamata Banerjee on Tuesday criticised the Narendra Modi government for not declaring Netaji Subhash Chandra Bose's birthday a national holiday and said the freedom fighter is yet to get his due honours.

The people of this country are still keen on finding out the truth about Netaji's disappearance, the CM said after offering floral tributes to the war hero at Red Road here on the occasion of his 121st birth anniversary.

"The birthday of Netaji Subhas Chandra Bose has not yet been declared a national holiday. Cannot we show this much respect to him? The state had announced public holiday on January 23 years ago," the CM said.

If the ruling dispensation cannot honour Netaji, then it is best not to keep any expectation from them, she retorted.

"The people of the country want to know what happened to him. There is a version which only a section believes," the CM said.

In a tweet last week, Banerjee had said she wrote to Prime Minister Narendra Modi urging him to declare the birth anniversaries of Netaji and Swami Vivekananda national holidays.

Echoing similar sentiments, Governor Keshari Nath Tripathi today said it will be a good gesture on the part of the central government if it accepts the state's demand.

"The state has already taken up the issue with the Centre. If the Centre considers it, it will be a good gesture," Tripathi said at a programme at Netaji Bhawan in south Kolkata.