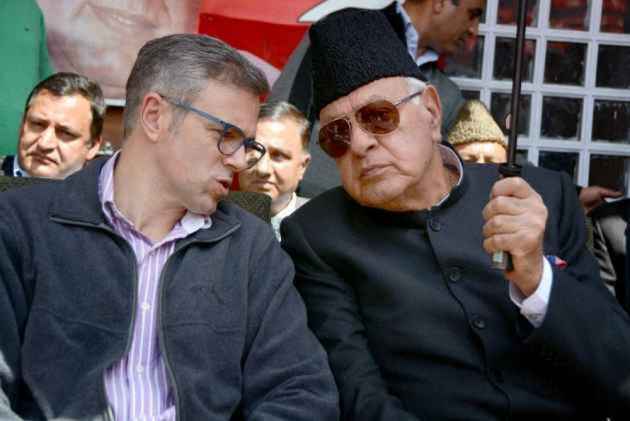 Anti-Terrorist Front India (ATFI) National President and Rashtriya Pracharak of Shri Hindu Takht Viresh Shandilya, who was described by former Chief Minister Omar Abdullah an idiot  for announcing award of Rs 21 lakh for cutting tongue of the NC president Dr. Farooq Abdullah, today conceded that he is an idiot.

"I may be an Idiot but not an Anti-Nationalist like Farooq Abdullah and Omar Abdullah," Shandilya said.

He said Omar Abdullah should seek psychiatric consultation for his father.

On Tuesday Shandilya alleged  Farooq Abdullah has been speaking against the RSS and supporting Pakistan in his statement.

“Farooq Abdullah is a big traitor for India and Central Government should withdraw Z+ security from him. I will award Rs 21 lakh to the person who cut off Abdullah's tongue,” Shandilya had said.

He was reacting to Dr Farooq Sunday speech in Jammu in  which the latter had accused  the RSS of  colluding with British during India’s freedom struggle and supporting Indira Gandhi during emergency. Farooq had said the RSS was now dividing the nation on communal lines.

“By promoting and playing communal politics, the RSS and its off-shoots including the BJP are hell bent to fragment India into bits and pieces”, Dr Farooq Abdullah had said.