Of the 22 already dead, many are youngsters, according to the police and of the 59 injured several are in a critical condition, being treated across eight hospitals in the city. 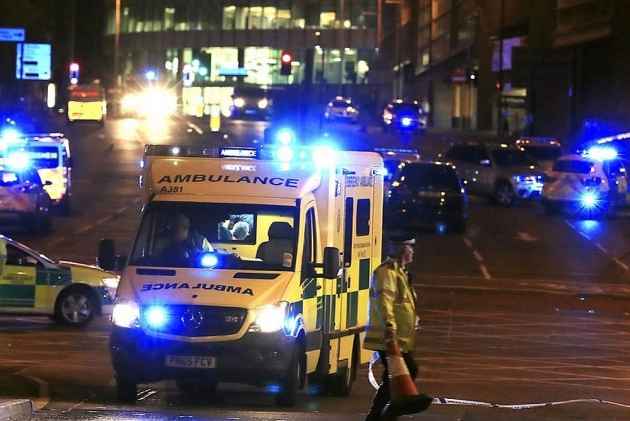 An attack the UK has not seen after the 2005 London bombings. As young kids sang to One Last Time with Arianna Grande at one of Europe’s largest concert venues, the Manchester Arena, for some the song sadly became providential.

The heinous attack was very different from earlier ones like the recent one at Westminster or the 2013 killing of Lee Rigby.

This was perfectly timed and well-prepared. The suicide bomber blew himself up exactly when the concert ended. He was between the Victoria station entrance and the entrance of the Arena, around the foyer where Arianna merchandise was being sold after the concert.

The early breakthrough that came in was that the police know the identity of the bomber. But he is dead. However, a 23-year-old man has been arrested related to the attack. There is no doubt the police are moving rather quickly. In 2005, it took days for the police to be sure who carried out the attack.Even 12 hours after the attack, Greater Manchester Police is still treating it as an ongoing incident.

Grande, a 23-year old American popstar on a world tour, is known to be extremely popular among teenagers, which makes the attack even more sinister. Of the 22 already dead, many are youngsters, according to the police and of the 59 injured several are in a critical condition, being treated across eight hospitals in the city. One of the youngest to be killed in the attack was a seven-eight year-old primary school student. Many, mostly teenagers, are still missing and appeals have flooded the social media.

The attack comes when the country in the midst of an election, but the Prime Minister after chairing an early morning Cobra meeting, before heading off to Manchester, informed that all political parties have suspended the election campaign, many believe until the weekend.

Though the threat level still remains at ‘severe’ and has not been raised to the highest level of ‘critical’, the independent Joint Terrorism Analysis Centre will continue monitoring the situation. The attack has so affected the psyche of the country that even the head of MI5 said his entire force is “revolted by the disgusting attack.”

Following the attack, the social media of various extremist have been abuzz with celebratory messages, and by midday ISIS claimed it was behind the attack, as they have done for all previous attacks.

The police will now have to sift through forensic evidence and all other leads to establish whether the perpetrator, who it is believed was from the UK, was a lone wolf or a larger network has been at work. Although the security services know the identity of the attacker, it is still not clear whether he was under the MI5 radar. Counter terrorism experts like Chris Phillips warned of the possibility of more such attacks, and believe the attacker was not alone.

The question investigators will need to answer is, given that bomb-making requires expertise, how did the attacker acquire such a device?If he was taught to make it, thenit could point to someone who has returned from so-called Islamic State territory in Syria and Iraq, Pakistan or Afghanistan.

Al Qaeda and its offshoots have also used these devices. In any case these are sophisticated devices, when made according to well-known methods that is circulated among extremists. But if the attacker found the bomb-making plans online, he would have spent a long time planning it and was unlikely to have been acting alone.

While the national flag flies at half mast at 10 Downing Street and the European Union headquarters, and Mancunians go out of their way to help victims, offering free car and cab rides throughout the night, shelter in their homes and food to those who needed, the police and intelligence services which has prevented several attempts and kept its citizens relatively safe for 12 years since the 7/7 London bombings, will now have to work hard to secure the country.

Ironically, the attack came hours after the Indian High Commissioner to the UK Mr YK Sinha observed Anti terrorism Day at the India House in London, attended by a large number of members of the Indian diaspora on Monday evening.