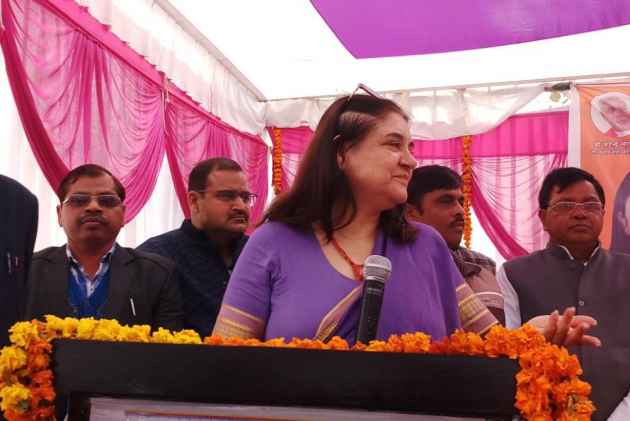 Union Women and Child development minister Maneka Gandhi abused an official in Uttar Pradesh during a public hearing over charges of corruption levelled against him.

The incident took place when the Minister was addressing a public meeting on Friday. She got infuriated when she was apprised about the dilapidated condition of roads in the area.

#WATCH Union Minister Maneka Gandhi rebukes and abuses an official who was being accused of corruption by people at a public meeting in UP's Baheri pic.twitter.com/o6ruXXmCJs


Furious Maneka Gandhi used harsh words against the official over non-fulfilment of his duty.

When asked about the 2019 Lok Sabha Elections, she said that the elections would be fought on the basis of Good Governance. She also added that her prime focus is on three main areas.

Gandhi further elaborated on the core areas, which were of prime concern, by saying that she wants good roads, electrification, and toilets in each house. Besides, the Minister also talked about Saubhagya Yojana, which aims at 'power for all'.