Taking cognisance of the cases of alleged illegal adoptions carried out by the MoC in Jharkhand, Gandhi has ordered all the states to get the child-care homes run by the organisation inspected immediately, the ministry said in a statement. 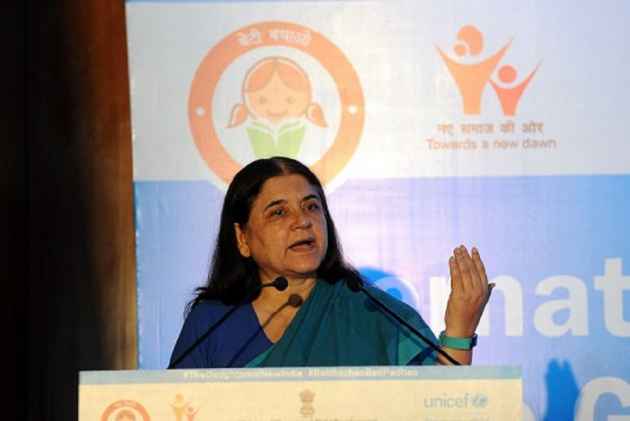 Women and Child Development Minister Maneka Gandhi has ordered all the states to get the child-care homes run by the Mother Teresa-founded Missionaries of Charity (MoC) inspected immediately, after cases of alleged illegal adoptions carried out by the homes came to light recently.

Taking cognisance of the cases of alleged illegal adoptions carried out by the MoC in Jharkhand, Gandhi has ordered all the states to get the child-care homes run by the organisation inspected immediately, the ministry said in a statement.

A shelter home run by the MoC in Ranchi has allegedly been involved in "selling" three children and "giving away" another one.

Furthermore, Gandhi asked the state governments to ensure registration of all child care institutions (CCI) and linking them to the Central Adoption Resource Authority (CARA) within next month.

According to an official release, the mandatory registration of CCIs and linking to Central Adoption Resource Authority (CARA) has been provided in Juvenile Justice (Care and Protection of Children) Act, 2015 which came into force more than two years ago but some orphanages had challenged the validity of this clause.

However, the Supreme Court has since dismissed the petitions and has upheld the validity; vide their order of December 2017. Since then, approximately 2300 child care institutions have been linked to CARA and about 4000 are still pending for linkage.

Gandhi has also expressed displeasure that even the children available for adoption in the 2300 CARA linked institutions have still not been brought into on the adoption system.

According to the National Commission for Protection of Child Rights (NCPCR), 2,32,937 children are currently under the care of CCIs -- both registered and unregistered -- in the country.