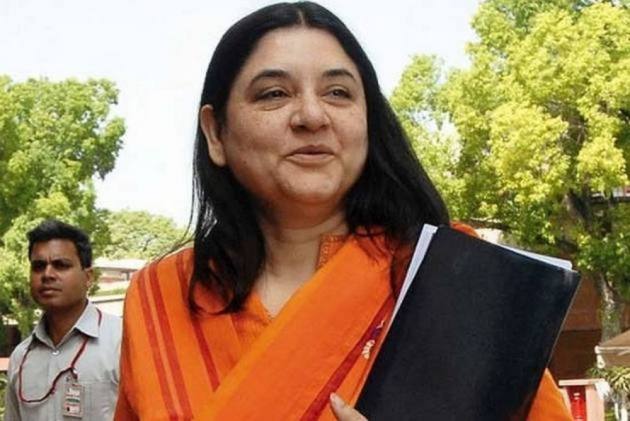 Reacting to a letter by the All India Radio Casual Announcer and Comperes Union (AICACU) regarding sexual harassment complaints, the Union Minister for Women and Child Development (WCD) Maneka Gandhi asked the Ministry of Information and Broadcasting to investigate into the matter.

As per media reports, Gandhi received the letter last week in which AICACU members clearly stated that they faced workplace harassment.

Union Minister Maneka Gandhi has written to I&B minister RS Rathore over reports of women working as casual announcers in All India Radio (AIR) being allegedly sexually harassed, asks him to ensure that a sensitive&fair system is put in place to address any such grievances in AIR pic.twitter.com/JnvbRpb1pb

As per a report in Indian Express, the letter states that “casual Announcers/Comperes/Radio Jockeys of AIR” find it difficult to “raise voice against any kind of suppression, harassment, injustice caused by the officials, as they always work under fear of losing the job. Female casual workers, who complain of sexual harassment, are removed from the job and their witnesses whether males or females are also targeted the same way.”

This came as the All India Radio allegedly terminated services of nine women of Shahdol station in Madhya Pradesh after they named one assistant director of programming, Ratnakar Bharti, in a complaint of sexual harassment, reported Times of India.

The media reports said even though the Internal Committee of All India Radio found him guilty, he still continued to work in New Delhi station.

Similar cases of sexual harassment were also reported from many other stations of AIR including Dharamshala, Obra, Sagar, Rampur, Kurukshetra and Delhi. The complainants allege that instead of taking action against the accused, they are being told to leave the organisation.