Why No Candlelight Vigil For Other Rape Victims, Asks BJP MP Meenakshi Lekhi

"You see their (Congress) plan, first shout 'minority minority', then 'Dalit Dalit', and now 'women women' and then try to somehow fix blame of state issues on the centre." 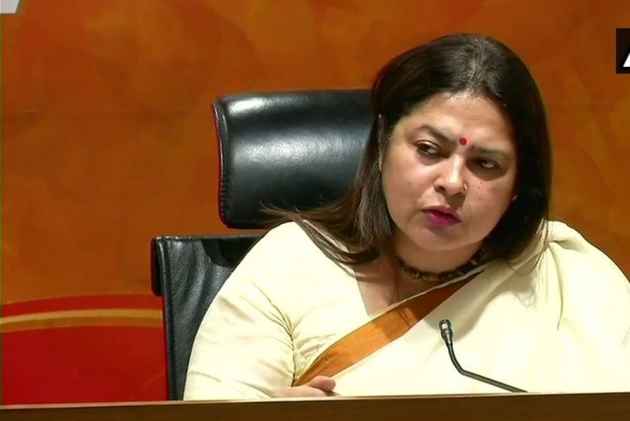 Amid outrage over the ruling party's silence on the rape and murder of eight-year-old nomad girl in Jammu, BJP's women parliamentarians have spoken in defence of the government.

"You see their (Congress) plan, first shout 'minority minority', then 'Dalit Dalit', and now 'women women' and then try to somehow fix blame of state issues on the centre. All this while ignoring the strict action being taken by state govts," Lekhi said.

On Gandhi's midnight march, Lekhi asked why there were no candlelight vigils for other rape victims.

The minister accused the opposition of politicising the rape and murder of the eight-year-old nomad girl in Jammu's Kathua.

When asked about BJP ministers supporting the accused in the case, Lekhi said they were 'misled and misguided'.

"Party has already condemned this act, 2 individuals (BJP J&K ministers) were mislead & misguided by people. Lesson to them is not to believe one side or the other and let the law take its course," she said.

Women and Child Development minister Maneka Gandhi sought  a death penalty for those convicted of raping minors below the age of 12.

The J&K police on Wednesday filed a chargesheet in the case, more than two months after the victim's body was found abandoned on January 17.

Union Minister Smriti Irani said she condemns the 'attempt to politicise' the incident and said "As a woman, I request victim-shaming to be stopped."

Till now, only three women in the union cabinet have come forward to speak on the crime. However, most of their focus was on the alleged politicisation of the crime.

Other women ministers like Nirmala Sitharaman and Sushma Swaraj who occupy key positions in the union government- defence and foreign affairs respectively, have chosen to stay mum.

The Prime Minister also has not yet spoken on the incidents. Yesterday, union minister VK Singh became the first minister in the ruling party to condemn the rape and murder of the minor.

"We have failed (victim) as humans. But she will not be denied justice," he  said.