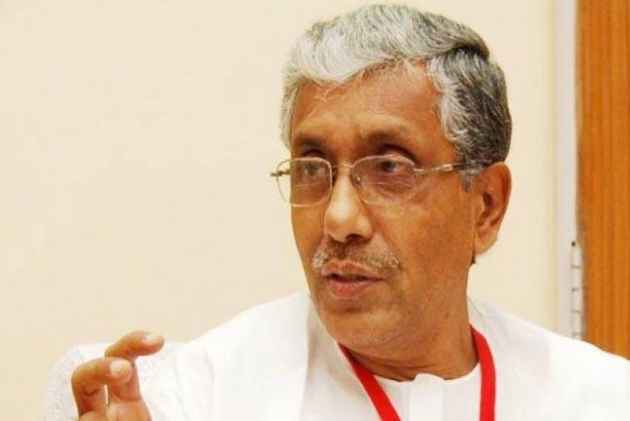 BJP election in-charge Himanta Biswa Sarma today took a jibe at the Tripura Chief Minister Manik Sarkar saying he can take shelter in West Bengal, Kerala or neighbouring Bangladesh as the BJP is going to form the next government in the state.

"Manik Sarkar has just three options before him. He can go to West Bengal, where the CPI-M still has some presence. He can go to Kerala, where the party is in power and will rule for three more years or he can go to neighbouring Bangladesh," Sarma told reporters here when asked about his comments on Sarkar during an election rally.

The BJP leader had kicked up a row by reportedly saying that the Tripura chief minister would be sent to Bangladesh after the assembly elections in the state.

Sarma reportedly made the remark at an election rally in Dhanpur, Sarkar's constituency, while criticising the state government over the alleged deteriorating law and order situation and cross-border crimes.

The 69-year-old chief minister has governed Tripura since 1998. He is a politburo member of CPI-M and has been ruling the state for the fourth consecutive time.

Elections in 59 seats, out of the 60-member Tripura Assembly, were held on February 18. Election in one seat was countermanded due to the death of the CPI-M candidate.

The BJP and its ally Indigenous People's Front of Tripura (IPFT) were leading in 31 out of the 47 constituencies whose trends were available, according to Election Commission sources here today.