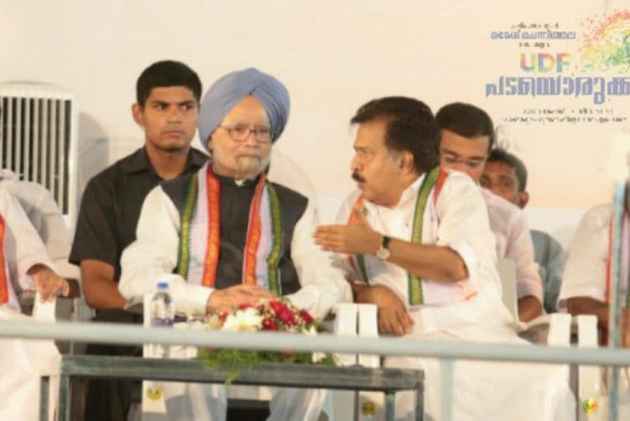 Former prime minister Manmohan Singh has urged the Left parties in India to cooperate with the Congress leadership at the national level to fight together against BJP's misrule and divisive policies.

"At the national level, are we going to oppose the BJP as a united front or whether CPI(M) will keep BJP and Congress at the same distance?" he said in his address at a public meeting organised here by the Congress-led United Democratic Front (UDF) in Kerala.

"If they are sincere in the fight against the BJP and its anti-people policies, they have to cooperate with the leadership of Congress at the national level and fight together against the BJP's misrule and divisive policies," he said.

The former prime minister criticised Kerala's CPI(M)-led LDF government, saying under the Pinaryi Vijayan-led government, "rule of law has crumbled, women in the state do not feel safe and economic progress is slow".