The multifaceted doyen of South Indian cinema passes into the ages. 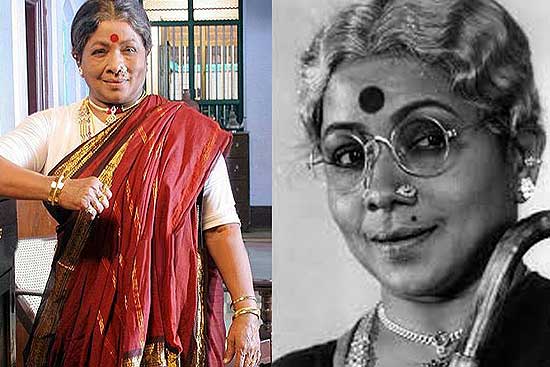 Manorama, the iconic South Indian comedy queen who appeared in more than 1,000 films during a five-decade career, passed into the ages on October 10. She was 78.

Predominantly a Tamil actress, Manorama acted in other South Indian language films and also appeared in several Bollywood movies, including with the legendary Hindi comedian Mehmood Ali in “Kunwara Baap” (“Unmarried Father”) in 1974.

Manorama was an effervescent singer, too, and she sang several hundred songs under many South Indian music directors, including the Oscar-winning A.R. Rahman.

Like most South Indian actresses, Manorama was also an accomplished dancer.

Though she excelled in a variety of other roles, particularly in the later part of her career, when she became a character artist, comedy always remained her forte. She played over 800 comic figures and more than 250 character roles. Manorama and popular Tamil comedian Nagesh worked together in 50-odd films.

“Acting is my life,” she said in an interview. “For an actor, it is not difficult to make the audiences cry, but quite a challenge to make them laugh.” She added that she was proud of her “rags-to-riches” saga.

She was at her vintage best in the super-hit 1968 musical drama Thillana Mohanambal (The Dance Queen Mohanambal), in which she held her own against stalwarts like Ganesan and Padmini Ramachandran, playing the vivacious and kind dancer-cum-singer Jil Jil Ramamani.

She was in her element in the 1989 Tamil comedy-drama Aboorva Sagodharagal (Rare Brothers). The scene where she implores a policeman to release her son – played by Haasan – from the jail has had the audiences in splits.

Manorama was born Gopichanda to Kasi Kilakudaiyar and Ramamirtham at Mannargudi in Thanjavur district of Tamil Nadu on May 26, 1943.

Her parents parted ways and her mother moved to Pallathur in Chettinad with one-year-old Manorama to eke out a livelihood. There she assumed the name Pallathur Papa. Despite being poor, her mother wanted her to study medicine. But fate had other idea.

She was rechristened Manorama when she started acting and singing in plays at the age of 12. For one so young, she had a wonderful memory and, as she revealed, could “memorise 200-odd lines of dialogues in less than 24 hours”.

She did hundreds of stage performances and enacted the female lead in a number of plays.

Manorama made her silver screen debut with a comical role in the 1958 romantic action Tamil film Maalayitta Mangai. She made quite an impact from the beginning itself and there was no looking back.

She and her drama troupe manager S.M. Ramanathan fell in love and married in 1964. They separated in 1966 after the birth of their son Bhupathi.

Manorama, who came to be known as Aachi (grandmother) later in her life, starred in several television series, including Musirama, a musical comedy.

A simple, cheerful and God-fearing soul, Manorama attracted a rare controversy in 1996, when she campaigned for Jayalalithaa against Rajinikanth in the elections.

Manorama won the prestigious National Film Award for Best Supporting Actress for Pudhiya Pathai (New Direction) in 1989. She was honuored with the Padma Shri  in 2002.

Her singer-actor son Bhupathi survives her.