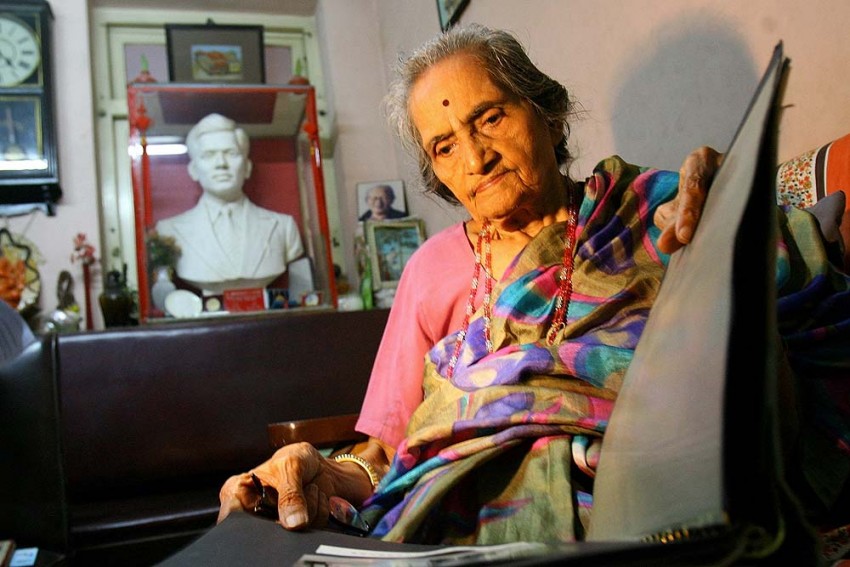 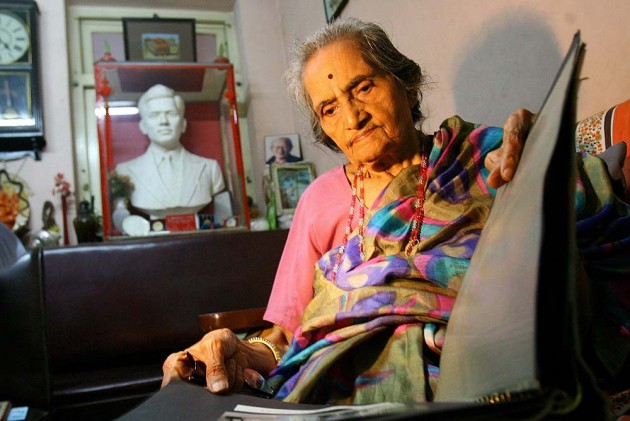 Memories of Dr. Dwarkanath Shantaram Kotnis, the legendary Indian surgeon regarded by many as the symbol of Sino-Indian friendship for his noble medical service that cured the wounded and saved many Chinese soldiers from the jaws of death during the Japanese invasion of China from 1937 to 1945, were kept alive by his younger sister Manorama Kotnis, who died in Mumbai on July 3 at the age of 94.

Manorama, who rose to become a professional nutritionist and worked with the government, was barely 16 when General Zhu De was said to have asked Jawaharlal Nehru to send  voluntary medicos to China to treat the injured troops. In September 1938, five doctors, including Dr. Kotnis, who had just graduated from a medical school and was doing his post-graduation internship, were sent as part of the Indian Medical Mission Team to China during what was widely described as the War of Resistance against Japanese Aggression.

"My brother always wanted to practise medicine in different parts of the world," she recalled years later. "Neither he nor any other member of the family knew much about China at the time. All we knew was that its natives used to come to India to sell Chinese silk."

The Indians worked mostly as battlefront doctors in mobile clinics, often operating against heavy odds. While all his colleagues returned to India safely after their assignment ended, Dr. Kotnis stayed there and endeared himself to the Chinese with his selfless service, which eventually cost him his own life as he became a victim of epilepsy.

Dr. Kotnis appeared to have fallen in love with China and its people. So much so, he could write and speak Chinese. In 1939, Dr. Kotnis joined Eighth Route Army, the larger of the two major Chinese communist forces that fought the Japanese, and was later appointed director of Bethune International Peace Hospital, where he met his future wife, Guo Qinglan, a professional nurse.

The two married in December 1941 and were blessed with a son. They named him Yinhua at the suggestion of the leading Chinese communist military leader Nie Rongzhen. The name was a combination of both India (Yin) and China (Hua).

Despite his tight schedule and stressful job, Dr. Kotnis would find time and write letters to his family in India, describing in detail, among other things, every place he visited in China. "He sounded very happy in the letters," said Manorama going down the memory lane. "People used to come to thank him for his help. He was telling the good part."

Dr. Kotnis was only 32 when he breathed his last on December 9, 1942, following a series of epileptic seizures, leaving behind his young wife and the baby son. Mao Zedong paid him a glowing tribute. "The army has lost a helping hand, the nation has lost a friend. Let us always bear in mind his internationalist spirit," said the powerful Chinese leader.

Two events made Dr. Kotnis a household name in India, too, after his death — the release, in 1945, of his biography, One Who Did Not Come Back, and the screening, in 1946, of the Hindi film, Dr. Kotnis Ki Amar Kahani, directed by V. Shantaram, who also played the protagonist.

But the Indians at large gradually forgot Dr. Kotnis. "Indian people have forgotten my brother. For years, nobody visited us out of respect for him," lamented Manorama. "The people who did come are Chinese," she added.

Among other things, China has honoured him with a Martyrs Memorial, a movie called Dr. D.S. Kotnis (1982) and stories of his life in school textbooks. Most Chinese heads of state or government make it a point to call on the Kotnis family, whenever they are in India, a tradition established since 1950, when Premier Zhou En-Lai met Manorama.

Manorama had met a number of them and "enjoyed interacting with them" about her illustrious brother. "All the Chinese visitors have had only great things to say about my brother," she said. "The entire China loved him dearly."

Why, only a couple of weeks ago a senior Chinese leader, Zhang Dejiang, had called on Manorama during his India visit and emphasised how highly Dr. Kotnis was respected in China.

Last September, keeping alive the tradition of past Chinese leaders, President Xi Jinping had met Manorama at the Five Principles of Peaceful Coexistence Friendship Award function in New Delhi, during his three-day visit to India, and revived happy memories of Dr. Kotnis.

Two years ago, visiting Premier Li Keqiang had an emotional audience with Manorama. Despite her failing hearing ability, Manorama loved to listen to music. The Chinese premier knew this and had specially brought with him an MP4 player as a gift for Manorama. He informed the old lady how China had kept alive her brother’s legend through various monuments and memorabilia.

Every year during Diwali, the Chinese consul-general in Mumbai would visit Manorama and her family to greet them on the festival of lights. When her sister Vatsala died a few years ago, Chinese officials had called on Manorama to pay their homage, "just like one's kith and kin," she said.

Manorama was born into a middle-class Marathi family in Sholapur in Maharashtra. She belonged to a high caste Deshastha Brahmin community and was among seven children (two sons, five daughters).

Until her health began to deteriorate, Manorama had carried on the legacy of social work of Dr. Kotnis. She had visited China four times as a "special guest" of the Chinese government.