Maoist ideologue Varavara Rao was arrested in Hyderabad for his alleged involvement in a plot to assassinate Prime Minister Narendra Modi. 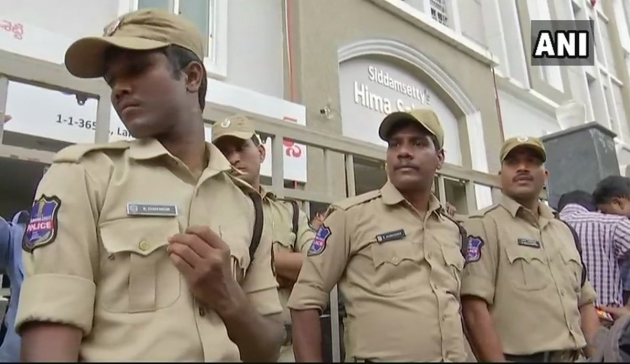 Maoist ideologue and writer Varavara Rao was on Tuesday arrested in Hyderabad for his alleged involvement in a plot to assassinate Prime Minister Narendra Modi, his family members said.

A police team from Pune arrested Rao after searching his house and the houses of his family members and friends including a journalist.

The Maharashtra Police seized some documents from Rao's house, while a laptop, hard disk and other material were seized during searches at his relatives' residences.

Several rights activists across the country were raided and detained Tuesday morning by the Pune police for alleged Maoist links.

Rao's wife Hemalatha told reporters that the police told him that he was being arrested in connection with a case relating to the plot to kill the Prime Minister.

"They searched every room and every corner. When he asked them to show the arrest warrant, they said no warrant is required," she said.

In June, police in Pune had allegedly recovered a letter mentioning a plan to assassinate Modi from the house of one of the five persons arrested in connection with the Bhima Koregaon violence.

The letter written by a person identified only as 'R' reportedly mentions a plot to kill the Prime Minister on the lines of former Prime Minister Rajiv Gandhi.

It also referred to requirement of Rs 8 crore to purchase a M-4 rifle and four lakh rounds to execute the plot. The letter reportedly mentions Varvara Rao's name.

Varvara Rao, who heads 'Veerasam', an association of revolutionary writers, had strongly denied the allegations. He had said that all five arrested in the case were working for the betterment of downtrodden.