The Maratha community, which constitutes over 30 per cent of the state's population, has been demanding reservation in government jobs and education for a long time. 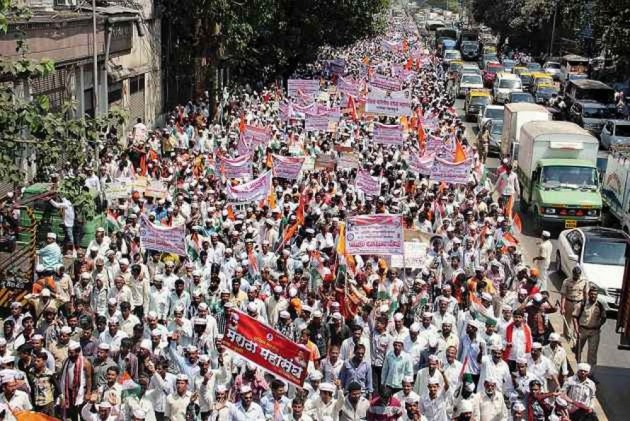 Maharashtra Assembly on Thursday unanimously passed a bill proposing 16 per cent reservation for Marathas under socially and educationally backward category.

Chief Minister Devendra Fadnavis, who tabled the bill, thanked Opposition members for helping in the passage of the bill unanimously.

The bill provides for reservation of seats for admission in educational institutions and posts in public services to Marathas who have been declared as socially and educationally backward class of citizens.

Violence During Maratha Quota Stir While Bandh In Mumbai Called Off Midway, CM Calls For Talks

He also tabled the recommendations of the SBCC's report on social, educational and financial status of the Maratha community.

Marathas have been declared as socially and educationally backward class of citizens (SEBC) and have inadequate representation in services under the state, the panel report said.

They are entitled to reservation benefits and advantages enshrined in the Articles 15(4) and 16(4) of the Constitution, it said.

The panel had suggested that looking at exceptional circumstances and extraordinary situations generated on declaring Marathas as socially and educationally backward and their consequential entitlement to reservation benefits, the government may take appropriate decision within constitutional provision to address the emerging scenario in the state.

The Bill to provide for reservation of seats for admission in educational institutions and posts in public services in the state was tabled thereafter.

The Maratha community, which comprises over 30 per cent of the state's population, has been seeking reservation in government jobs and education for a long time. Their stir for the same in July and August this year had taken a violent turn.