The assurance came when he met 22 prominent personalities from the community to discuss the issue, after which a joint appeal was issued for exercising restraint and maintaining peace. 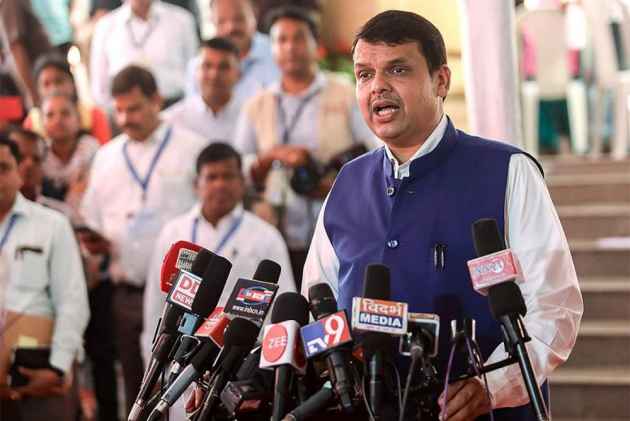 Maharashtra Chief Minister Devendra Fadnavis said on Thursday his government was committed to granting reservation to the Maratha community which stands legal
scrutiny.

Today a meeting was held with state leaders from diverse sections&a joint statement has been signed to give reservation to Marathas lawfully.State Govt stands in absolute support for #MarathaReservation&we are following requisite process to do it at the earliest: Maha CM Fadnavis pic.twitter.com/PHJWAzllAC

The assurance came when he met 22 prominent personalities from the community to discuss the issue, after which a joint appeal was issued for exercising restraint and maintaining peace.

The Maratha community, which constitutes around 30 per cent of the state's 12 crore population, have been agitating for reservation in jobs and education.

Over the last two weeks, the agitation has turned violent at a number of places and at least 6 pro-quota people have committed suicide.

Fadnavis held deliberations with artists, writers, intellectuals from the community for nearly three hours to discuss the quota stir.

"Various short-term and long-term measures to provide relief to the community were discussed," he said after the meeting.

"Everybody present gave valuable suggestions. We put forward to them the steps being taken by our government," the Chief Minister said.

He said his government was committed to granting reservation which stands legal scrutiny.
"An appeal has been made to prevent violence during agitation," Fadnavis said.

A joint statement issued after the meeting said the demand of the Marathas for quota was justified.

In the appeal, the pro-quota protesters were urged not to indulge in violence of take the extreme step of suicide.

The statement also said that immediate steps should be taken to give reservation to the community at the earliest which will stand legal scrutiny.

Revenue Minister Chandrakant Patil, Education Minister Vinod Tawde and other ministers were present along with Fadnavis.

Kolhe, known for his portrayal of Chhatrapati Shivaji Maharaj earlier and currently as Sambhaji in TV shows, told PTI that the meeting was positive.

"I could feel the Chief Minister's genuine concern over the violent turn that the quota stir took and his positive approach towards welfare of the community," he said.

The actor said Fadnavis apprised the meeting about the steps being taken by his government for the Maratha community.

"We made a joint appeal to the protesters to be positive and ensure that the agitation doesn't take a violent turn. People should refrain from taking the extreme step like suicide," he said.

Kolhe said those present at the meeting sought long-term and concrete efforts to improve the quality of life of Marathas.

State BJP president Raosaheb Danve told reporters that the meeting was convened to apprise the prominent personalities about the steps being taken by the government for welfare of the community.

"Our government is always ready for a discussion," he said.

Asked about absence from the meeting of the members of the Kolhapur royal family who are the descendents of Chhatrapati Shivaji Maharaj, Danve said, "some people stayed away from the meeting for personal reasons."

He said after the report of State Backward Commission is submitted, a special session of the state Legislature will be convened.