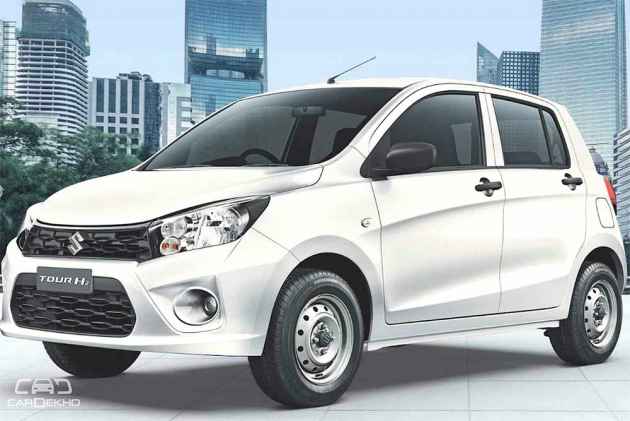 Maruti Suzuki has launched the new Tour H2 variant of its Celerio hatchback. Priced at Rs 4.20 lakh (ex-showroom Delhi), the Tour H2 has been launched to cater to taxi/fleet operators in the country.

This variant is powered by the same 1.0-litre, three-cylinder petrol engine which produces 68PS/90Nm, paired with a 5-speed manual transmission. At least for now, the AMT version remains unavailable. Apart from this, Maruti Suzuki has also equipped the Tour H2 with a speed limiter (set at 80kmph) in compliance with Indian government’s revised rules which require all taxis to be fitted with this device, in the interest of road safety.

As the Celerio Tour H2 is based on the Lxi(o) variant of the Celerio, it has a very limited features list, but, fortunately, it includes dual front airbags, ABS, manual AC and power steering. Throw in a basic sound system and you’re good to go Mr.Cabbie!

This is not the first time that Maruti has launched a taxi-specific variant of a model. It already sells the Dzire Tour, which is a taxi-specific version of the Dzire sedan. However, we’d like to point out that the Tour H2 is based on the post-facelift iteration of the Celerio, which was introduced in October last year.