Walker, who could be tirelessly hostile and enthusiastic, was quite a character 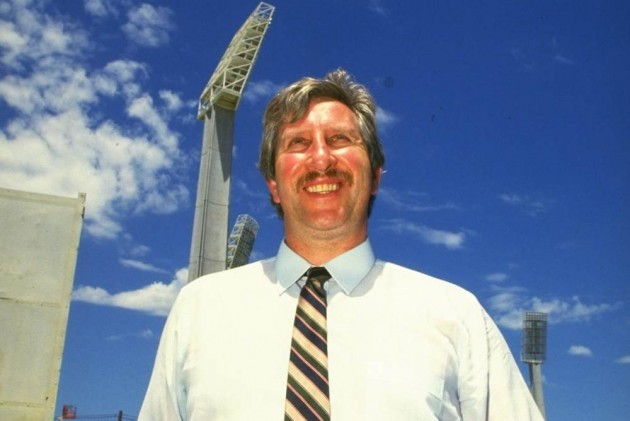 Growing up in Hobart, cricket was never the first love or top priority for Max Walker, the strapping Australian fast bowler of the glorious 1970s, who died on September 28 at the age of 68. Like many youngsters down under, he was reared on a diet of Australian Rules football and aspired to become an architect.

Born on September 12, 1948, Walker had the potential to become a topnotch cricketer and he even represented his school with distinction in both sports. But his heart was not as much in cricket as in football and those close to him believed that his best possible chance of sporting success lay with the Melbourne Football Club.

For neutral observers, however, it was not difficult to see where Walker’s true talent and future lay despite his underestimation of his own cricketing ability. Fortunately, he joined the Melbourne Cricket Club, too. He kept playing the two sports simultaneously until 1972, when he finally abandoned football.

Six feet four and pigeon-chested, Walker, who went on to complement Dennis Lillee and Jeff Thomson at their fiercest, had a front-on delivery style, bowling mainly stinging in-swing, varied by an occasional straight ball, to the right-hand batsman. He would also get the ball to cut sharply away from the batsman in the manner of a Courtney Walsh or a Waqar Younis.
Walker, interestingly nicknamed “Tanglefoot” (later “Tangles”) because of his unusual wrong-footed action, which masked what was actually a rhythmic, well-balanced delivery, was also impressively quick and could become a yard quicker on a greentop, though he could never match Lillee or Thomson, both in sheer pace and ‘aggro’.

The right-arm paceman, who endeared himself to the Australian captains with his capacity to bowl marathon spells, made his first-class debut for Victoria against Queensland in 1968-69. He missed the next season because of badly-torn groin muscles.

But it proved only a temporary setback and he was right back on track pretty soon. Fairly consistent rather than spectacular returns earned him Test debut against Pakistan at Melbourne in 1972-73, which yielded him five wickets, including 3 for 39 in the second innings, as Australia won by 92 runs.

At Sydney, a week later, Walker fired on all cylinders and snatched a victory from the jaws of defeat. Pakistan began the final day requiring 111 to win, with eight wickets in hand. But Walker (6 for 15) and Lillee (3 for 68) sent the visitors packing to pull off a historic triumph by 52 runs. Big Max had well and truly arrived on the big stage.

The early loss of Test spearhead Lillee and Bob Massie through injury and illness elevated Walker to lead the Australian attack. He responded tellingly with a record 26 wickets at 20.73 in Australia’s 2-0 series win. He ended the tour with 41 wickets at 20.48 on pitches that did not give him much help.

In subsequent series Walker reverted to a more familiar role, playing a third fiddle to Lillee and Thomson, often in competition with Gary Gilmour, but was nonetheless vital to Australia’s success. In two series against England and one versus the West Indies, supporting the brutal pace of Lillee and Thomson, he ensured that batsmen should be allowed no respite.
In the six Tests against England at home in 1974-75, dominated as usual by Lillee and Thomson, he took 23 wickets at 29.73. In the absence of the deadly duo in the final Test, the giant had the stage to himself. Walker responded with a typically wholehearted effort – a career-best 8 for 143 in England’s first innings of 529.

There was a noticeable decline in Walker’s performance thereafter as his success rate fell to more modest proportions. But then at times he did not get to bowl many overs as Lillee and Thomson would ruthlessly blow away the opponents. He was less successful in England in 1975, finishing the series with 14 wickets at 34.71.

However, he would keep showing flashes of his brilliance from time to time. He played a major part in Australia’s thrilling 45-run win in the Centenary Test in Melbourne in 1977, taking 4 for 54 (Lilee 6 for 26) in England’s pathetic 95 all out in the first innings after the hosts were bowled out for a paltry 138.

He did an encore of his 1975 performance in England in 1977, taking exactly 14 wickets at 39.75. A willing, determined late-order batsman, Walker, who played some crucially important innings against England in 1974-75, made 78 off just 84 balls batting at No. 9 in Australia’s first innings of 385 (in reply to England’s 214) at The Oval in what would be his farewell Test.

Walker joined the rebel league, World Series Cricket, of Kerry Packer. Though he returned to first-class cricket after three years, his best days were long behind him. In all, he figured in 34 Tests and claimed 138 wickets at 27.47. He fell one short of completing 500 wickets in first-class cricket.

Walker, who could be tirelessly hostile and enthusiastic, was quite a character. A jovial chap bubbling with joie de vivre, Walker’s presence on the field and in the dressing room would make the atmosphere lively. With his gift of the gab and amazing sense of humour he became a witty, much-loved radio and television broadcaster and after-dinner speaker.