Media Not Into 'Public Interest' But In 'What Public Is Interested': Justice Kurian Jospeh

Justice Kurian Joseph who retired from the Supreme Court on Thursday, says today's media is more into what public is interested in rather than in 'public interest'. 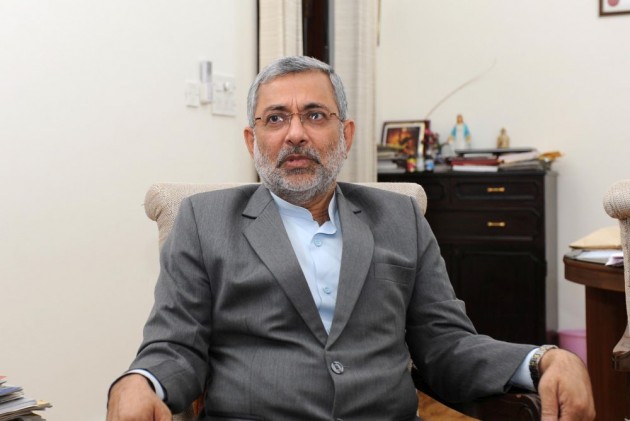 Justice Kurian Joseph retired from the Supreme Court on November 29. Justice Joseph was one of the four senior judges to have conducted an unprecedented January 12 presser mounting a virtual revolt against the then Chief Justice of India Dipak Misra. Known for being a compassionate judge with a penchant for public causes, Justice Joseph raised from being the son of a clerk in the Kerala High Court to an apex court judge.

In a freewheeling interview with Outlook's Ushinor Majumdar, Justice Joseph talks about his journey, the controversial January 12 presser, and more.

How did you come to be a student leader?

I used to be with the Kerala Congress but joined the Janata party with a faction of the former during the post-Emergency period. I was in students politics while studying for my degree in my college in Kalady and it continued till the law college. I first contested and won a place in the academic council and later, contested from the Vidyarthi Janata and was elected to the first non-Congress/non-KSU university union as the general secretary. Former MP, Suresh Kurup was the chairman of the union. We split from the Vidyarthi Janata on ideological grounds and rejoined the Kerala Congress so I resigned as general secretary.

Do you see any student leaders today who are taking the momentum forward?

There are quite a few who have become big political leaders after coming in through student politics. They lose the fire they had when they were student leaders once they move into "professional politics". This disheartens me. I asked such a leader about this and they say that they do it to exist. The equations in student and later political life are totally different.

Did you choose the law profession influenced by your father who was a clerk in the Kerala High Court?

I had a flair for public speaking as a student and participated in the elocution competition in school and debate competitions during college, for which I once won a gold medal too. It was sheer coincidence that I practiced in the same High Court where my father worked as a clerk and I made him proud when I was designated as a senior advocate when I was only 42. During the mid-1980s, I started to withdraw from politics and left it altogether some time in the late-1980s. I became a govt law officer in 1987 and AAG in 1994.

Is it possible to become a govt law officer without political connections?

In that case, can we trust law officers to be fair and objective? Especially those that later get into the judiciary.

Appointment as law officer is a decision of the political executive who will naturally expect some loyalty to the decisions they make. Law officers cannot normally take any independent stand. The independence is only with the Advocate General. Being a constitutional post, he is not a spokesperson of the govt. I too was perceived as a person with political inclinations when I was appointed. This was when Karunakaran was CM-Kerala and KM Mani was the Law minister. So people thought that I was close to both the Congress and the Kerala Congress. Though my roots were in the Kerala Congress, the CM who was from Congress liked me as did KM Mani.

Has being a student leader contributed to your legal/judicial career?

Student politics and being in public life has given me a wider vision of human problems and I was able to see the human face in any struggle beyond the technical aspects of the law.

Can judges remain objective and independent in their approach?

When people know that you are clean and cannot be corrupted, they will not trouble you. I have no memberships of any clubs, I don’t watch films often, my only hobby is to build relationships ever since I became serious about the legal profession. Nobody has ever influenced me nor have they ever tried knowingly or unknowingly. When people know your stand and your views, they will not even try.

There have been accusations of an emergency-like situation now. Have you ever felt such pressure?

As a judge, never.

Whether now or 5 years ago, judges were appointed by the Collegium system. Do you not see any conflict of interest in them ruling upon it?

Do you think the recent reforms in the collegium system are radical?

Things have changed quite a lot. It is not that you withhold everything from the other members of the collegium. There is a sharing of ideas and a lot of discussions and an interaction for better collective decisions. There was no discussion earlier.

What is the real change in the collegium system that you would like to see?

There needs to be a permanent secretariat for both the Supreme Court and the respective High Courts so that you can verify the credentials of the person you seek to appoint. Now, you are fed some information by the political executive and the judges don’t have any records. The secretariat can collect data and independently verify information. This will give you some material about the candidate.

There are various allegations that do crop up in the media against candidates. Does the collegium pick them up?

Have you ever considered an alternative to judges choosing their successors?

Several alternatives were argued and considered during the NJAC case. Both KK Venugopal and Fali Nariman had made such alternative suggestions and these were considered.

Identity is an important issue in India. Why is there simply no fair representation of minorities, SC/ST in the SC except for a few token appointments?

What drove you personally to take a stand against the CJI during the January 2018 press conference?

It was not a personal decision but a collective choice. The four of us (Justices Chelameswar, Gogoi, Joseph and Lokur) stood together being members of the collegium. We brought it to the notice of the CJI Dipak Misra that things were not moving in the right direction. So, we met him, told him and wrote to him and still things were not improving. So, we took a collective decision to bring it to the notice of the people and also to tell the media that it is a watchdog and has a duty to protect the independence of the institution. It was also a clarion call to the media to protect democracy as a watchdog.

Is the media presently living up to its role?

You have spoken of an external influence on the CJI. Was it an assumption or were their concrete reasons?

There was a perception that he was not functioning independently.

What was the reception amongst your brother judges after the January 12 press conference? Did it make the four of you pariahs?

There was a mixed reception. Some of them told us that we did the right thing. Some felt that they should have been taken into confidence. We had requested the then CJI (Justice Dipak Misra) to convene a full court to discuss the issue but there was no discussion on these issues.

During your time, did the SC try to break from the colonial practices such as uniformed peons who hold and lift chairs for judges?

The chair is lifted because it is huge. They are uncomfortable in every sense. But nobody has thought of doing away with these things. It should be done.

Did you moot any new procedure to monitor the conduct of judges?

An in-house mechanism already exists and if done appropriately, it is enough. When law clerks complained of sexual harassment, an in-house inquiry was conducted. Allegations come and when there is some substance, a procedure is followed. If there is a vigilant public and a good bar, no judge will ever become corrupt.